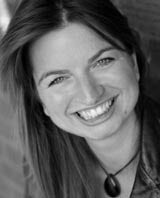 Durex has linked up with handbag.com, the UK’s longest-running women’s lifestyle website. The 12-month deal will see the condom brand providing editorial and advertising (pop ups, banners and rich media), as well as a Durex microsite, all running within handbag.com’s relationships and health and fitness channels.

The Durex campaign, under the theme “Let’s Play”, will educate readers about the risks involved in unprotected sex and will promote condom usage in general, as well as focus on new product launches.

Handbag.com brand director Alicen Stenner says: “Durex has traditionally targeted men in its communications, so it’s fantastic that handbag.com has been selected as a key partner through which to speak to women.”

This is not the first time that Durex has linked with handbag.com: it ran a rich media campaign called “Durex Play” in October 2003, and it was the success of that project which led to the latest deal, according to Durex UK brand manager Zoe Lawrie. She adds that in addition to providing Durex with the opportunity to “educate, inform and entertain women”, handbag.com also offers “vital research tools”.

Latest BMRB figures show that it had a 27 per cent reach among internet-using women, with 876,000 users in January 2004. The site registered 24.3 million page impressions last month.

Handbag.com was set up in 1999, and is jointly owned by retail giant Boots and Hollinger Telegraph New Media. It is unclear at present what effect the likely sale of the Telegraph titles to the Barclay brothers will have on the site’s ownership.