Durex is partnering with HIV charity (RED) in a three-year collaboration that aims to raise awareness about AIDS among younger consumers.

As part of the tie-up, Durex will sell (RED) condoms from today (2 November) with funds from the sales going directly to the Keeping Girls in School Programme, which aims to reduce HIV infection and unwanted pregnancies in young South African women through education.

Durex has already committed to donate $5m to the scheme, which The Bill and Melinda Gates Foundation will match. Donations will also be made from the sale of the condoms.

Ben Wilson, global category director of Durex tells Marketing Week: “As a brand we are really trying to partner with people like (RED) in areas like HIV to make a difference to raise awareness but also to make an impact on the ground.

“It’s not just about helping people in Africa but also about reminding them about doing the right thing themselves.”

To do that, the condom brand is launching a marketing campaign to promote the tie-up, using celebrities including singer Zara Larson and actor Thandie Newton and influencers such as YouTuber Tyler Oakley to encourage people to “give a fuck”.

The campaign is targeted at younger consumers, in part because of their lack of knowledge around HIV and AIDS. The disease is arguably less in the public eye compared to at the height of the crisis during the 1980’s despite still affecting 37 million people worldwide.

“It’s really important that we don’t forget [about AIDS] because if we do forget it we won’t be able to solve this issue,” Wilson says.

The ‘Give A Fuck’ campaign will run in more than 15 countries. Due to the provocative slogan, more conservative countries will use the tagline ‘Have Sex and Save Lives.’

It will run across social media and have its own page on the Durex website with details of the partnership. People will be encouraged to engage with the campaign online through the hashtag #GAF.

The campaign is part of Durex’s wider mission to help people “navigate the world of sex” in a digital era.

Wilson explains: “We’re constantly [looking at] how we evolve the brand…and to make sure that in this world of digital people have the right information and are empowered to make the right choices. [We want to make sure] if they need products or information Durex as a brand, is there to help them through it.”

He adds: “We’re finding is there isn’t anyone stepping into this void and as a brand we need to do that.”

Digital is also is transforming the way the Durex engages with consumers. He explains: “It allows us to get to people in a way that they don’t feel embarrassed and can engage with us.”

Wilson adds that online is also affecting where the brand sells and ecommerce business growing “very fast”. Despite this he says that Durex will always have a large physical distribution because “condoms will always need to be available when people need them.” 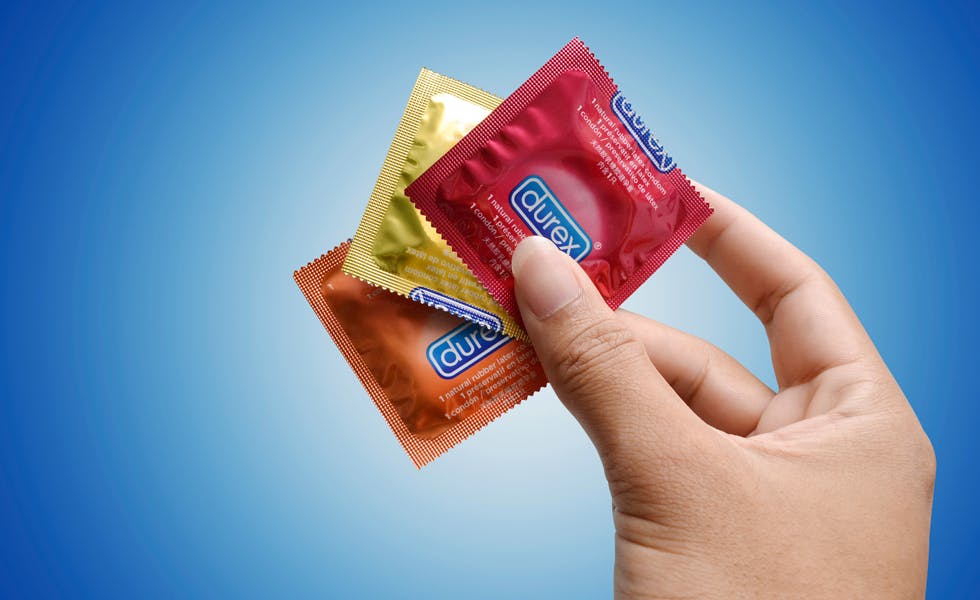 Reckitt Benckiser has big plans for 2017, including new product ranges and campaigns from its Durex and Scholl brands, a shift to zero-based budgeting and adapting to the new pressures of the retail environment.

Durex is on a mission to prove to consumers that it is more than just a condom brand, as it looks to focus on “the emotional as well as the physical” aspects of sex.

When it comes to sex, Britain is a long way behind the rest of Europe, but brands big and small are taking steps to try and stop the blushes down the lube aisle.