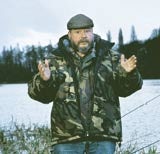 Durex has launched a sexual enhancement product that it claims is the first to be stocked in leading supermarkets.

Last month, the SSL-owned condom manufacturer signed a deal with Superdrug in Scotland that saw some branches of the chemist stock vibrators and other sex toys, and now the company has arranged to sell what it describes as a “vibrating stimulation ring” in Asda, Sainsbury’s and Tesco.

The product, called Durex Play Vibrations, is part of the Durex Play range and will be sold alongside condoms in some branches of the high street stores. Durex claims the stimulation ring will deliver “20 minutes of unadulterated pleasure” to both partners. A spokeswoman for Durex describes the deal as a “landmark in the sexual enhancement market.” She adds: “This is the first time a vibrating stimulation ring has been available in mainstream outlets.”

A spokeswoman for Tesco confirms that some branches are selling the rings, but denies that the product is a sex aid. She says that the rings are being legitimately stocked as part of Tesco’s sexual health and wellbeing range. “This is one product within that range. We do not sell sex toys and we do not plan to,” she adds.