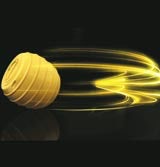 Dyson and its agency Vallance Carruthers Coleman Priest are gearing up to launch the second phase of the campaign supporting Dyson’s ‘revolutionary’ new vacuum cleaner, The Ball. The cleaner, also known as the DC15, sits on a ball rather than four wheels to give it greater flexibility when moving around rooms and furniture. It will be available in stores later this week. A teaser campaign, which was created by VCCP, launched across television and print last week and a second phase, which will actually show the product, will break across terrestrial and satellite TV on March 19. The launch will be supported by print and online advertising as well as outdoor, including screens in railway stations. Media is handled by Walker Media.