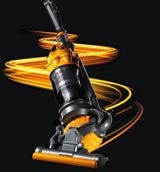 But Mullin claims the company is focusing on “every aspect of marketing” and says Furness will help her drive marketing in all Dyson’s international markets.

Furness was previously director of marketing strategy at Orange. Before that, he was at Unilever. Immediately before joining Dyson, Furness was on sabbatical, spending time with his family.

The company, whose advertising is handled by Vallance Carruthers Coleman Priest both in the UK and Europe, claims to be market leader in the US, Europe, Australia and Japan.

Last year Dyson launched the DC15 – known as The Ball – the first vacuum cleaner built around a ball enabling it to twist, turn and tilt.