The VIP ad launched just last month and featured a woman exhaling vapour. The brand claimed at the time to be the first to depict such an act following the relaxation of advertising rules that had previously prohibited e-cigarette brands showing their products in use in ads aired after 9pm.

However, the Advertising Standards Authority considered the woman’s appearance coupled with the slow and deliberate way in which she is seen vaping gave the ads a “sultry and glamorous tone” and therefore indirectly promoted the use of tobacco products.

It added: “The woman’s long dark hair and dark eye make-up gave her a glamorous look and the intimacy of the shot drew particular attention to her mouth and, specifically, to the vapour that circulated in her mouth before she inhaled, paused and then exhaled. We considered that the manner in which the vapour was exhaled and the heightened focus on this action created a strong association with traditional tobacco smoking.

“We also considered that, in combination with the softly spoken voice-over throughout, the woman’s appearance and the manner in which she was shown using the product gave the ads a sultry and glamorous tone.”

The owner of the VIP brand Must Have Ltd argued the ad clearly stated it was for an e-cigarette and not a tobacco product. Clearcast, which had cleared the ad for broadcast, says it was clear from the final pack shots of the product was an e-cigarette.

Separate complaints that the ad was overtly sexual and appealed to under-16s were rejected.

It is the third time VIP has been rapped by the ad watchdog in less than a year. Its debut TV campaign attracted more than 1,500 complaints it was “offensive” and “overtly sexual”.  Attempts to tone down the ad backfired after a sanitised version launched earlier this year but was deemed still too risqué to run before the watershed.

Separately, an ad for the KiK e-cigarette brand that featured a man saying: “I used to smoke normal cigarettes, but after I quit, I tried these. I actually prefer them” has been banned because the ASA ruled it could encourage non-smokers and former smokers to use the product. 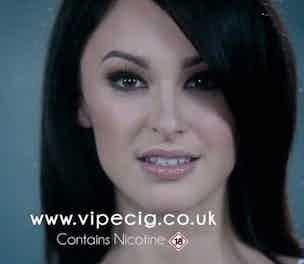 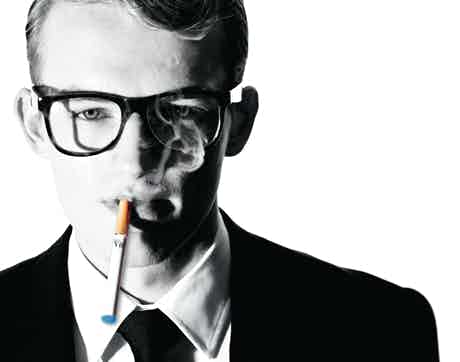 ‘Smoking’ in ads will return to UK television screens later today (10 November) after a change in advertising rules. This is not, however, a tearing up of the strict rules banning all advertising of cigarettes but an ad for ecigarette brand VIP, which is laying claim to be the first to show someone ‘vaping’ in a UK spot.