The games company is working closely with experiential agency The Circle Agency in a bid to push sales of the 2010 FIFA World Cup game while the tournament goes on in South Africa.

Its latest event in London’s Trafalgar Square saw EA Sports set a new Guinness World Record for the most players to compete in a single football video game.

EA Sports hosted the Guinness World Record attempt by streaming a live feed of the 2010 FIFA World Cup South Africa game to a big screen so that the 50,000 spectators could witness the action.

The EA team recruited 82 players who took to the stage, taking turns on the controllers as England and the USA drew 2-2 and the World Record was set on the video game.

Claire Stokes, managing director of Circle Agency, says: “EA Sport’s presence on the stage ensured that the thousands of visitors and spectators to the square witnessed how much fun it is to play for your country (all be it in a video game).

The EA Sports experience was an integral part of the event, offering circa 3000 visitors, the chance to play as their home nation and dream of spectacular results in the real games to follow.” 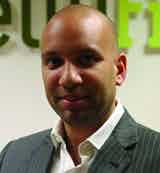