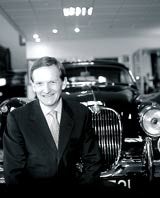 Martin Runnacles has just landed the plum job of global marketing director for Jaguar, one of the world’s most prestigious car brands. Three years ago, Runnacles quit as global marketing director of beleaguered Rover Group (MW April 1, 1999). When he starts his job at Jaguar on June 10, it will be a welcome return for a man who, according to acquaintances, knows almost everything there is to know about luxury car brands.

He joins from upmarket car retailer Sytner during a time of change at Jaguar. Managing director Jonathan Browning left at the end of last year after voicing concerns about the future direction of Jaguar. Last week, the company confirmed it has shelved plans to launch the long-awaited F-Type sports car in order to concentrate on its core models.

Jaguar is part of Ford-owned Premier Automotive Group (PAG), which has recently lost its charismatic group vice president, Wolfgang Reitzle, to German engineering company Linde. He is to be replaced in July by Mark Fields, an American, who is currently president of Mazda.

Runnacles seems genuinely delighted to be back in mainstream car marketing after three years. He is proud to be joining a company that still builds prestigious cars in the UK. He currently drives a BMW – he was once UK head of marketing for the German company – but will soon be taking delivery of a Jaguar S-Type 4.2-litre Sport.

After beginning his career in 1974, as a graduate trainee with J Walter Thompson, Runnacles decided he was better suited to brand management after he was seconded to work at Beecham Foods. He later worked for Courage Brewing before joining Volvo as communications director in 1983. Despite making his name in cars, Runnacles claims it was not his original ambition to work in the automotive industry: “I was advised not to get involved with car marketing, as it was supposedly dominated by manufacturing. But I think I have proved, at BMW and at Volvo, that it isn’t.”

Although many people in marketing and advertising claim to know Runnacles, his profile is fairly low-key. He is by no means the opinionated attention-seeker synonymous with car marketing directors who control large advertising budgets.

Robin Wight, chairman of WCRS, BMW’s long-term advertising agency, says: “I don’t think he [Runnacles] was ever at the school of famous marketing directors. He tends to be more thoughtful, open-minded and sophisticated.”

Although he is comfortable being interviewed, Runnacles gives succinct answers and does not linger on any subject. This is at variance with the views of people who know him, who, at their kindest, say he can be “long-winded” and at worst say he “could talk for England”. It is hard to crack a joke with Runnacles, but he has impeccable manners.

His passion, apart from his career, is cycling. In his late forties, he has been Veteran National Time-Trial Champion two years in a row. Yes, he says, he is really “rather fit” and owns nine bikes. He admits that on family holidays to Hereford, Italy or Ireland, he does cycle, but he does not expect his wife or his two daughters to join him.

In 1996, Runnacles was moved from his post as head of marketing for BMW UK to become global marketing director of Rover, by his boss, “close friend and confidant” Tom Purves – who had moved from BMW to Rover as global sales and marketing chief six months earlier.

At Rover, Runnacles was globally responsible for the Rover, Land Rover, MG and Mini brands.

Runnacles is not negative about his time at Rover. Almost from the beginning, it was obvious that the BMW-Rover marriage had its problems, but he claims he achieved what he had set out to do and it was his decision to leave: “We integrated Rover Group’s marketing department into BMW, and I am very proud of the new products I worked on. While I was there we worked on the Rover 75, the launch of the new Range Rover and the new Mini.”

His departure coincided with those of several senior Rover managers, including Purves, who moved to head BMW in the US.

What came next is well known. The car company, which had lost its way through years of mismanagement, became too much of a burden for BMW, which bailed out. Land Rover was sold to Ford – where it joined Jaguar as part of PAG – the Mini brand stayed with BMW, and the remainder of the group was sold to a private consortium.

As well as Purves, who is now BMW’s US chairman and chief executive, Runnacles counts other highly placed car executives among his friends. These include two Land Rover executives – managing director Mike Wright and John Edwards, who will be Runnacles’ opposite number.

Although Runnacles denies any of these connections landed him the Jaguar job, he does admit that they will be beneficial now he has the post: “As John is global marketing director, we’ll be ‘compatriots’. We get on well and this can only be of considerable benefit to the workings of PAG.”

Previously perceived as a car driven by overweight boardroom chiefs, in recent years Jaguar has tried to attract a younger class of customer. Aided by its advertising agency, Rainey Kelly Campbell Roalfe/Y&R, Jaguar has introduced British C-list celebrity model Laura Bailey as the face of its advertising. Its advertising carries the unmemorable strapline: “The art of performance”.

Runnacles will not be drawn on any plans to change the marketing strategy, but such a top-weight marketer is unlikely to leave things exactly as they are. He will not comment on Jaguar’s current advertising campaign – perhaps because he does not wish to criticise the company’s outgoing marketing chief Phil Cazaly, who retires in July. But in a hint that the advertising theme is not to his taste, he says Rainey Kelly does “very good work for Land Rover”.

The pressure has been intense to extend Jaguar’s appeal to younger drivers. Runnacles says that, although everyone in luxury car management wants to sell their products to younger drivers, he is realistic about appealing to the under-30s: “Obviously we would like to attract a broad audience – our core consumers are aged-45 and over. But younger people are very taken with the XK8 [sports car].”

Along with the rest of Jaguar’s senior management, Runnacles’ brief is to increase sales to 200,000 – from just over 100,000 in 2001 – over the next four years. Fans of Jaguar have voiced concerns that an increase in sales could be detrimental to the brand’s exclusivity. Runnacles, however, does not see growth as a threat: “BMW and Mercedes are good examples. They have sold millions of units and they are by no means devalued. Jaguar certainly has plenty of room for sales growth.”

There are very few criticisms of Runnacles: the most harsh is that, at BMW and Rover, he lived in Purves’ shadow. Since leaving mainstream car marketing, Runnacles has kept a low profile and has rarely been quoted in the press. His position at Jaguar will provide the real test of his independence of mind.

The recent Factfile on the state of the biscuit market (MW May 16) highlighted the impact of both promotions and range extensions in stimulating real value growth in one of the largest grocery market. Both are tools that are the province of larger, established brands – of which there are many – in a market […]

I was fascinated to read Louise Jones’ claims that consumers were, “on average”, watching four hours of TV per day. This is clearly an example of statistics producing meaningless aggregates. If you are targeting children or home workers fair enough, but I do not know anyone in London working full time who actually spends four […]