The ’Miniature Prices’ campaign promotes East Coast’s value for money fares to leisure destinations along the East Coast Main Line between London and Scotland. It features the voice of Bernard Cribbins.

The advertisements feature miniature character models travelling for a variety of reasons to destinations such as London, York, Leeds, Newcastle and Edinburgh. The creative executions include two bandaged-up mummies on their way to a museum, ramblers exploring the Yorkshire countryside, a father and son visiting the zoo, a trip to the races, costumed characters en route to the London Marathon and a group of ladies on a night out.

Each TV ad appears in 10-second and 20-second versions and each ends with an East Coast liveried model train pulling into the station and promoting a destination with a lowest Standard Advance fare.

The campaign, created by Dentsu, begins on Monday (15 February) and is expected to generate more than £10 million worth of ticket sales this year. There will be supporting London Underground and outdoor activity and online advertising on sites such as the MSN and Yahoo! home pages.

It will run initially up to the end of April and be repeated in a two-month burst from August. More than 800,000 of East Coast’s lowest priced fares are being made available during the campaign including London to Leeds or York from £13.

Pizza Hut is launching its first pizza delivery TV advert in eight years in a bid to reposition the brand as “home based entertainment.” 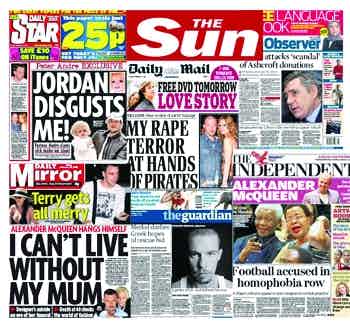 Newspapers saw some New Year cheer in January with several newspapers, including The Sun and Mail on Sunday, bouncing back after a bleak December, although longer term trends remain precarious, according to the latest ABC figures.