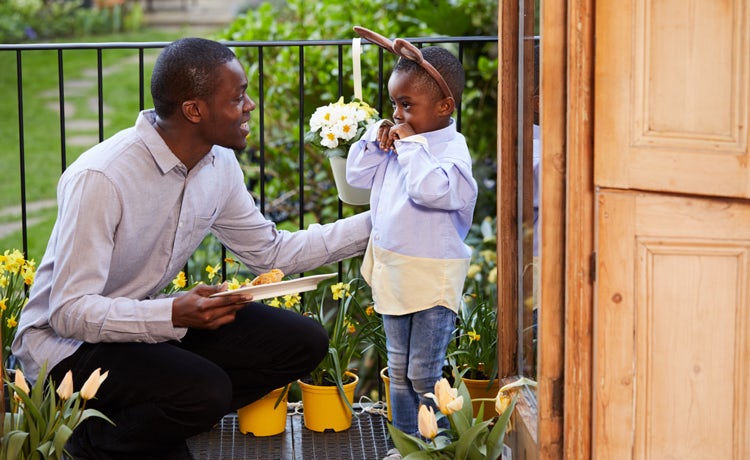 The ‘So White Project’ takes on Easter

In December last year, a campaign was started to encourage more diversity when it comes to Christmas stock imagery. Instead of the usual white families enjoying the festive period, the #ChristmasSOwhite campaign saw a number of black and ethnic minority families unpacking presents and spending time together.

The ‘So White Project’ garnered a huge amount of global media attention and buzz on social media. And for Easter, the campaign has now made a comeback with #EasterSOwhite. Building on its Christmas campaign, the group has partnered with Getty Images to make its image banks more diverse. The campaign imagery will also be available to see on OOH screens across the UK.

The heartwarming imagery shows diverse sets of families celebrating Easter, from enjoying a shared meal around the dinner table to arranging flowers and hunting for Easter eggs in the garden.

Wickes urges consumers not to do DIY over the Easter weekend 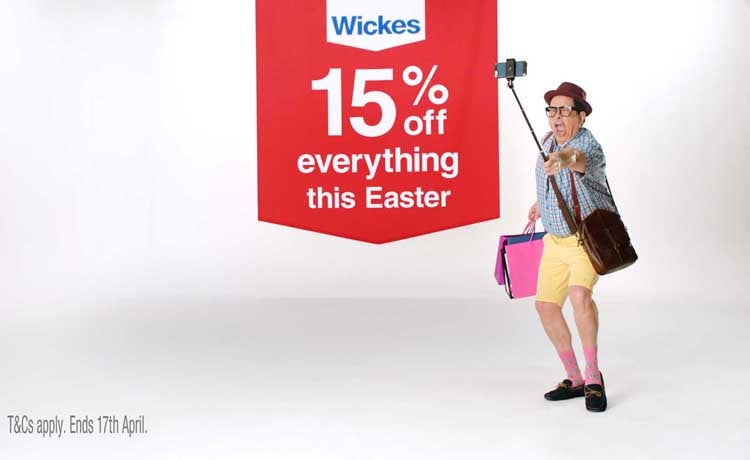 For many people, Easter weekend is the perfect opportunity to finally spruce up the garden or transform their home – and DIY retailers like Wickes would surely want to capitalise on that.

However, as part of its Easter campaign the brand is actually encouraging customers to put off the DIY jobs for a later date, with the launch of ‘The Buy Now, Do It Later Sale’.

Running over the bank holiday weekend, the campaign created by Iris Worldwide encourages consumers to take advantage of a 15% Easter discount, while still enjoying their holiday by leaving their home projects for another weekend.

The new approach was adopted in light of brand research showing that 85% of home improvers start a project over a bank holiday weekend, but only around half ever actually finish it.

The ad will run across TV,  print, radio and digital channels. 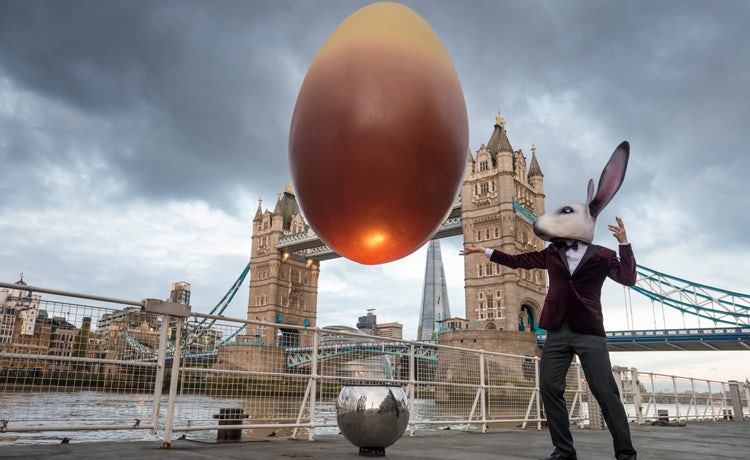 There is a giant chocolate Easter egg on the loose, touring some of the UK’s most well-known landmarks. Using the powers of levitation, the egg has now appeared across Somerset, Wales and the Midlands.

The colossal piece of chocolate weighs 19.5kg and is 50 times bigger than a regular Easter egg. The campaign, by Hotel Chocolat, challenged consumers to guess each location on an online hunt for a chance to win Easter treats.

The chocolate UFO has been sighted by confused onlookers over landmarks that include Tintern Abbey, Wookey Hole and Snowdonia National Park, before stopping off in London.

“We are constantly striving to be innovative with our creations and have fun with chocolate, and there is no better time to get creative than at Easter time. We hope our playful take on the Easter Egg has bought new life to the season across the country and shown just how magical chocolate can be,” Angus Thirlwell, CEO of Hotel Chocolat, says. 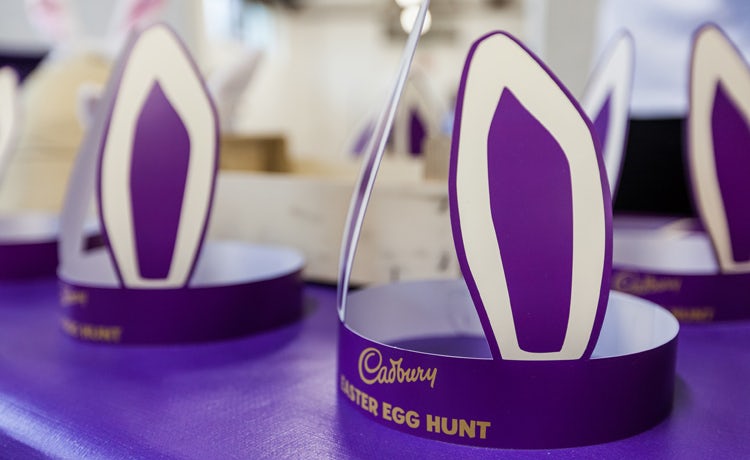 Launching this campaign has certainly not been easy for Cadbury. When details emerged of its ‘Egg Hunt’ earlier this month, the brand was forced to defend why it had not included the word ‘Easter’. It even sent out an official statement in which it reassured consumers that it was “simply not true to claim that Easter does not feature in [its] marketing communications or products”.

The campaign, created by creative agency RPM, invites families to join the egg hunts at National Trust and National Trust for Scotland properties across England, Scotland, Wales and Northern Ireland.

Each location will have its own personalised egg hunt, linking back to each of the properties’ unique stories. Themes range from knights tracking down dragon eggs to a 1950s vintage-style Easter egg hunt, all leading to a Cadbury treat as a reward at the end. All money raised goes back into conserving the locations.

To ring in Easter weekend, Sainsbury’s has teamed up with British inventor Tom Lawton as part of its #nevergrowingup campaign.

Created in partnership with creative agency Gravity Road, the video looks to inspire children this Easter and encourage them to “never grow up”. The film sees Lawton and his sons make the ‘Ultimate Egg Rolling Machine’ – a mad, wacky take on the classic egg roll, using kinetic energy and a chain reaction sequence of obstacles.

The film will be shared on Sainsbury’s Facebook, Twitter and Instagram pages. It will also be shared on Lawton’s social channels. To encourage other families and kids to be inventive this Easter, Lawton has also created a ‘how to’ film to recreate the Ultimate Egg Rolling Machine.

Tesco has continued on the road to recovery as it lessened its sales decline for the fourth consecutive month over the Easter period. 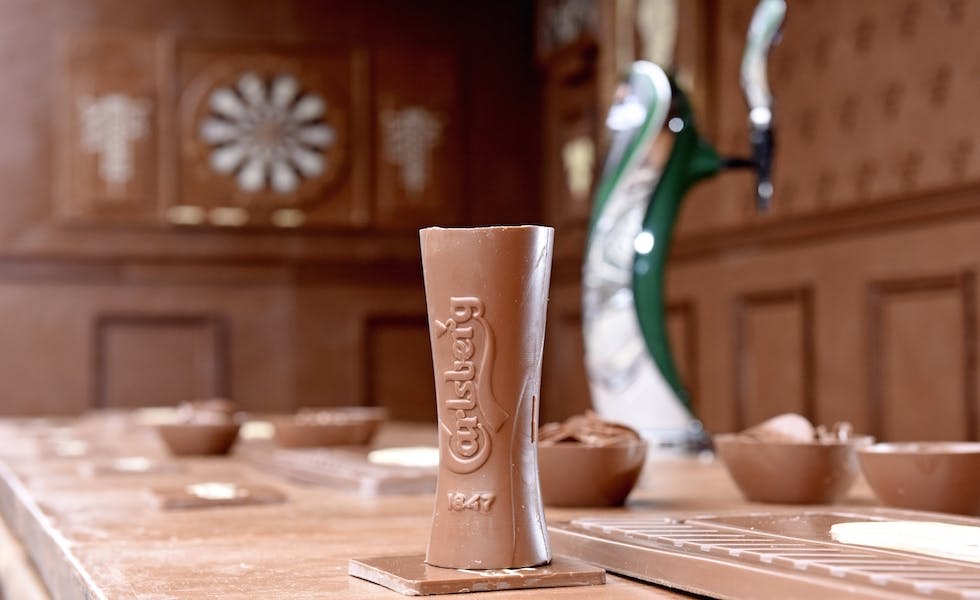 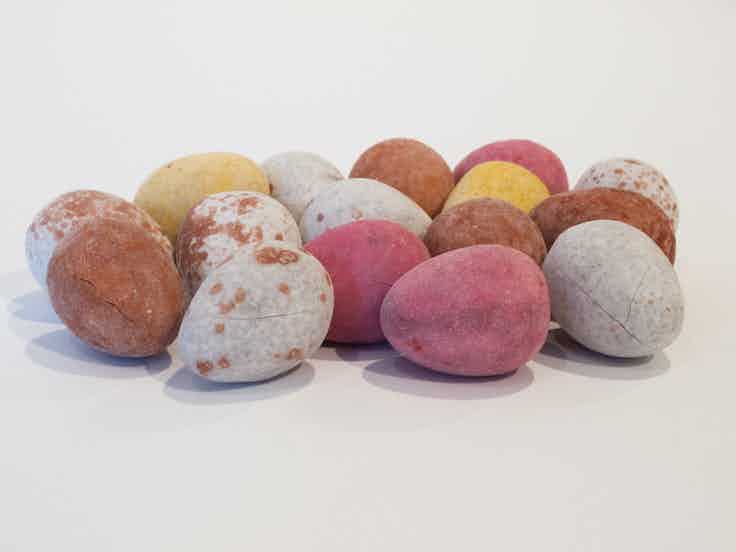 With this weekend’s four-day break almost upon us, retailers and makers of hot cross buns and chocolate eggs are ramping up campaigns and promotional activities to exploit consumers’ extra free time. However, data suggests that sales and interest over the Easter period have softened over the past few years, something that needs to be fixed through creative in-store marketing and product innovation.