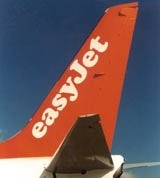 EasyJet’s decision to scrap its protracted hunt for a pan-European advertising agency, in favour of appointing separate creative houses in different markets, comes amid a marketing overhaul at the airline.

New commercial director Saad Hammad, who joined the company in November, aims to ensure easyJet retains its cutting edge, and believes a localised marketing approach could be the answer.

“I would rather take the pain now and reorientate the brief than appoint an agency and find out that it wasn’t the right thing for the business,” he explains. “We want the best of both worlds – one main hothouse and other agencies that can adapt the work locally.

“We want high-impact, low-cost, intrusive and distinctive marketing. A full-service, pan-European shop may not deliver that; we need to be responsive across markets.”

He is inviting Saatchi &amp; Saatchi and Ogilvy &amp; Mather – involved in a final round of the original process – to pitch again for the &£50m account. But the lead agency does not necessarily have to be London-based.

The airline, which celebrated its tenth birthday last year, operates from 68 airports in 18 countries, and a quarter of its flights do not touch British soil. Hammad says this means that running the entire marketing operation out of “easyLand”, at Luton Airport, does not make sense, because continental Europe is now the major battleground for 60-odd low-cost carriers. Three years ago, there were just seven.

In such a competitive climate, regions must have some degree of marketing autonomy, Hammad believes – particularly as easyJet has undertaken to double its profit per flight by 2008.

Interim sales and marketing director David Scowsill, a former Opodo chief executive, who came on board in October, is leaving the company. As part of a wider company restructure following the arrival of Hammad and new chief executive Andrew Harrison, the company is appointing regional general managers for the commercial division at its offices in Paris, Berlin, Geneva and Barcelona, as well as the UK.

It is looking for people with local knowledge to develop regional strategies and report directly to Hammad. He adds: “We want strong market share in mainland Europe by having responsive and localised execution, rather than forcing something on a market.”

That means offering creative shops in Europe the chance to provide tailored ads, although one agency will be given lead status to make sure branding remains consistent. Hammad points to a current poster campaign featuring prices emblazoned on bright orange deckchairs, flip-flops and other holiday items. The idea was dreamt up by Publicis in Germany, says Hammad, but was rolled out across the market.

Hammad rejects speculation that advertising would remain in-house, saying the company is now too big. “The requirements for success have changed,” he says. “We need to shout louder and position ourselves as ‘low-cost plus’.” He believes that as the name easyJet is synonymous with low-cost airlines, it is one of the few players that can use its brand image to develop its business. He also wants to ensure customers get what they want.

To that end, Hammad is integrating the brand marketing and customer research functions under the banner of brand development, with a new head reporting directly to him. With a settled commercial structure for the first time in over a year, easyJet is hoping a devolved approach will allow it to grow, while retaining its nimble, opportunity streak.