Earlier this week, the budget airline revealed it had increased the number of passengers carried over the quarter ending 31 December by 4.1% to 14.9 million off the back of its successful “Business Sense” campaign, which talked up EasyJet’s business class proposition.

It also lowered loss projections for the first half of 2015 to between £10m to £30m – compared to a previously projected £53m – after selling a “record number of seats” to business travellers during the period.

Cairns says the next phase of marketing will be geared towards communicating improvements – such as flexibility on booking via the EasyJet app and new additions to on-board and airport service – to customer experience.

“A lot of people seem to think we are obsessed with Ryanair, but they tend to be a copycat and follow a lot of what we are doing so we can kind of guess what they will come out with next,” Cairns told Marketing Week.

Over recent months, Ryanair has launched a campaign for its own business class proposition while also announcing plans to introduce new services such as a price comparison tool, customer feedback feature and content on holiday destinations to make its website a one-stop for travellers.

“What we are really focused on is taking share from the likes of BA and Iberia, and looking at the biggest European airlines and trying to turn their customers’ heads in our direction in creative ways,” he adds.

Admitting that EasyJet is committed to lowering its marketing spend every year as part of a larger department efficiency drive, Cairns says his role is in proving the airline can do ‘more with less”.

EasyJet recently launched its first ever “Happy Bums” TV campaign for its sister brand EasyJet Holidays and Cairns says the move was in response to the recovering economy and a rise in people’s discretionary incomes.

“We are seeing more travel and package holiday advertisers up their ad spend so it is a tough environment where you have to invest sensibly,” he added. “EasyJet Holidays will open us up to a different type of customer and I think this will be a long term market as people generally are now looking to spend more on holidays. Our seat numbers were up massively for the last quarter and I think that upward trend will continue.”

However, despite its move into package holiday bookings and luring in business travellers, Cairns insists value still remains a core message.

“We are well known for good value and we can’t forget that too much so you will always see a price with our advertising, but the days of just flogging a cheap seat to Malaga leads you down a commodity path and is quite restrictive.

The future of our marketing will be about pleasing the traditional customer but also bringing in those AB customers and letting them know EasyJet can match the premium offer they are used to but at a much lower price.” 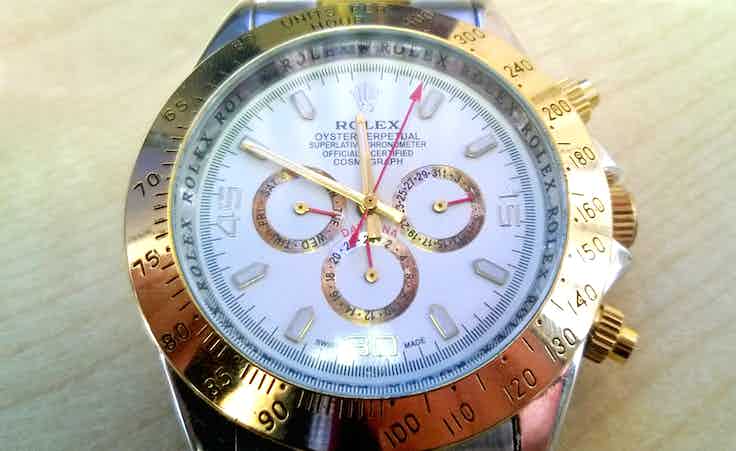 The black market is booming with Brits spending £90m a year on fake goods, according to the Trading Standards Institute, so with counterfeiters becoming increasingly sophisticated what can brands do to combat the problem and protect their reputation?