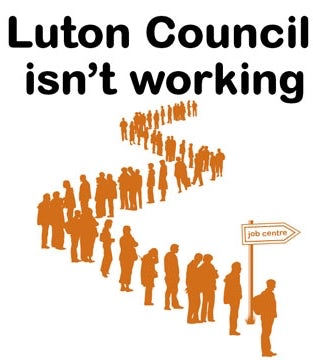 The original ad was created by Saatchi & Saatchi in 1979 and easyJet’s version has been developed by Publicis.

It will appear in regional press and is the second in a series created to encourage the council to step in and help resolve the row over airport charges.

EasyJet has said that increased charges for its planes are forcing the airline to look at cutting expansion and jobs at the airport.

Paul Simmons, the UK regional manager, says: “The Council seem to be hiding behind technical reasons as to why they can’t get involved in the current situation at Luton Airport, which they own.”

But the same “technical reasons” haven’t stopped them banking a significant proportion of the passenger charges, which every passenger pays when using the Airport. Airport costs have risen by 25% in the last three years and, the Council’s position of being happy to take the benefits but none of the responsibility of this policy is unsustainable.”

A Luton Borough Council spokesperson says: ” The Council will continue to use its influence in relation to this process and is very disappointed that the main effect of the advert may be to worry people whose jobs might not be at risk.

“Luton Borough Council is acutely aware of the difficulties currently faced by employees of easyJet and others dependent on the airport. At a recent Council meeting a resolution was passed urging a resumption of negotiations between the airline and the operator of the airport, London Luton Airport Operations Ltd (LLAOL). The Council strongly supports the retention of easyJet as a partner in the town, along with the employment and other benefits it brings.

She adds that the income generated by the airport concession, which in the year ended 31st March 2009 was £18 million after Corporation Tax and interest payments, is substantially used to fund the delivery of services and capital investment for the benefit of the town and its taxpayers.