The mobile ‘host’ app is designed to provide “helpful and timely guidance” to EasyJet passengers, according to chief executive Carolyn McCall. Developed in partnership with Gatwick airport, where it has been trialled for the past month, it combines live location data using Google’s indoor maps function with booking details and airport information.

It offers customers personalised instructions and updates offering up information such as where baggage drop is and the location of the boarding gate, as well which baggage belt will be used upon a passenger’s arrival at their destination.

The app has now been launched at Edinburgh airport as well, with EasyJet working with other airports to make it a “core part of its product offering”.

McCall, speaking on a call with analysts following EasyJet’s first half results this morning, said the aim is to grow revenues by investing in its strong brand and digital leadership. She pointed to the fact that EasyJet was the first airline to design an app for Apple Watch that enables customers to access their boarding passes.

It is also using YouTube and Periscope, the new live-streaming service owned by Twitter, to offer passengers live flight updates which McCall said had proved to be a “fantastic way of communicating with passengers and managing disruption efficiently” during the French air traffic control strike last month.

“We are developing a range of digital initiatives to keep us ahead and make travel easier,” she added. “We are digital leaders and we intend to continue to be so.”

EasyJet credited its digital innovation for a return to profit in the first half – its first over the typically weaker winter period for 10 years. Profit was £7m for the six months to the end of March.

McCall said EasyJet has benefitted from an improvement in loyalty, with 62% of business and 58% of leisure passengers rebooking flights – an increase of seven percentage points compared to a year ago.

The airline is planning to launch its own loyalty programme “in the next few months” once its 12-month trial in the UK and France comes to an end. While Peter Duffy, group commercial director, said it was too early to talk about the results of the trial, the plan is to “build a loyalty scheme using its CRM data to drive something relevant to passengers”.

McCall ruled out a traditional loyalty programme, saying it would be “something very easy to manage, very personalised, very EasyJet”.

Easyjet has credited its first ever TV campaign directed at business travellers after selling a “record number of seats” over the fourth quarter of 2014 and subsequently cutting loss forecasts for the first half of the year. 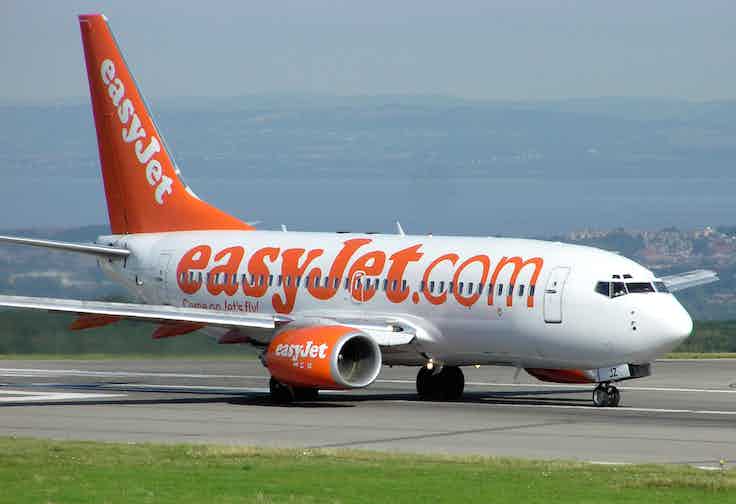