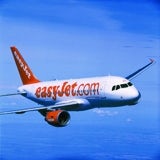 The low cost airline has named James Millett as head of digital with a brief to oversee development on new and emerging technology platforms. He is a former multimedia manager for Domino’s.

Other roles to be filled include head of marketing communications and head of brand. The former takes responsibility for development of the marketing communications strategy across Europe and ensuring that it is consistent in each territory while the latter is charged with working alongside the operations and customer experience teams to ensure the brand is embedded at every touch point in the customer journey.

It also recruited Virgin Atlantic corporate affairs chief Paul Moore to the management board in the position of communications director last October.

A spokesperson for the airline says: “As EasyJet continues to grow across Europe the company is strengthening its marketing team.”

EasyJet launched a blog and online community last month as part of its strategy to engage with existing and new customers.

Chief executive Carolyn McCall unveiled a strategy based on expanding in Europe alongside a bigger focus on business travellers last year. It has just announced a new route from Gatwick to Izmir, Turkey, the fifth new route launched this year.

The airline has just posted a widening pre-tax loss to £153m for the first half of the year, blamed on rising fuel costs and higher air passenger duty.