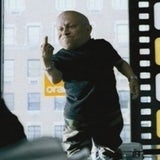 Eat Cinema, the film industry-funded digital TV channel, is launching a mobile version of the channel with Orange. The move is part of the mobile phone operator’s strategy to expand its 3G services, which already features 20 channels including ITN, CNN and Channel 4.

The deal backs Orange’s commitment to film, which includes sponsorship of the BAFTA film awards and its Orange Wednesday initiative, which offers customers two-for-one cinema tickets every Wednesday.

Eat Cinema, which launched on Sky Digital in February, offers viewers a mix of news and features about forthcoming films as well as listings and competitions. It is understood that the mobile channel will follow a similar format. Neither Orange nor the channel provider, etv, would confirm the mobile launch as Marketing Week went to press.

Eat Cinema is a joint venture between digital TV company etv and All Industry Marketing (AIM), the body that promotes cinema-going on behalf of the industry. The channel launches as the rising costs of film production hit studios.

One industry sources says the Eat Cinema initiative is indicative of how the industry is having to work harder to get audiences to the cinema as sales of DVD and pay-per-view services rise.