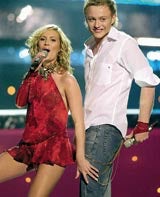 The Eurovision Song Contest is looking for sponsors for next year’s competition, in a drive to generate revenue for the European Broadcasting Union (EBU).

Swiss company Team Marketing has been appointed to handle marketing for the event, which is broadcast globally to 300 million people. Team Marketing managing director Frank Leenders says the EBU is unlikely to want a title sponsor but up to four packages – involving broadcast rights, on-screen elements, association rights and hospitality – will be available.

The EBU will sell the right to run domestic voting networks to individual telecoms operators in each country for the first time through Team Marketing, which will also broker TV rights deals outside Europe.

Leenders says the EBU will be searching for merchandising partners to generate revenue in areas such as clothing and publications.

This is the first time Team Marketing has operated outside sports marketing. Leenders says it will make most of its money on commission from future rights deals.

Leenders says: “There are many parallels between our marketing work for UEFA and Eurovision. This is an international event with a massive amount of commercial potential.”

The EBU has also unveiled plans to make the contest a two-round event, over two days, expanding the competition from 24 to 40 countries.