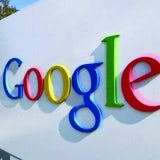 The anti-trust investigation focuses on a series of allegations made by companies including comparison site Foundem,
Microsoft-owned shopping site Ciao and French legal site eJustice.

These include claims that Google, which has a 90% UK search market share, deliberately skews results in favour of its own services over rivals, that it falsely lowers competitors’ quality scores and that it imposes certain exclusivity clauses with ad partners.

An EC statement read: “The opening of formal proceedings follows complaints by search service providers about unfavourable treatment of their services in Google’s unpaid and sponsored search results coupled with an alleged preferential placement of Google’s own services.”

In a joint statement on the Google blog, Susan Wojcicki, Google senior VP of product management, and Udi Manber, VP of engineering, said the company would co-operate with the EC investigation.

“We respect its process and will continue to work closely with the Commission to answer its questions,” they say.

However, Google has also posted responses to each individual allegation. On whether it deliberately lowers the unpaid ranking of competitor sites, it said, “Google has never taken action to intentionally hurt competing services.”

Google is already facing an anti-trust investigation by the FTC in the US, as well as separate anti-competitive investigations in France, Germany and Italy.