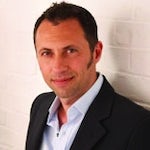 Kevin Pietersen used twitter to bemoan his exit from the team for England’s Twenty20 and one-day internationals against Pakistan. Despite hastily deleting the post, the damage had already been done and his cached tweet has spread quickly across the internet.

The English Cricket Board (ECB) should be careful not to be too hasty in disciplining or banning its players from Twitter. Although a ban would prevent leaking sensitive information and reduce the risk to its reputation from ill-considered player tweets, it could risk alienating an already distanced fan base.

Particularly in the case of cricket, where international games are no longer covered by terrestrial television, fans have never been more far removed from their heroes. Social media platforms such as Twitter can be a perfect tonic to those disenfranchised, non-Sky subscribers, giving the ECB and individual players a great marketing opportunity to tap into and communicate directly with their most loyal fan bases.

Having personalised twitter feeds means that players are in the position to effectively enhance both their own brand and that of the game of cricket to a self-selecting and highly engaged fan base.

Given the scandal that has surrounded the sport in the last few days, the ECB should be looking to highlight as many good news stories as possible, to de-emphasise the furore and market the sport in a positive light. Shutting down channels which allow players to speak to thousands of enthusiastic fans is bound to generate a negative backlash. We saw this when Manchester United banned its players from personal social networking profiles earlier this year, disregarding the positive impact that allowing players to engage with fans can have for the Man United brand.

A far more open and enlightened approach would be to take time to educate players and agents about Twitter and other social media platforms, putting in place common sense guidelines for their usage, harnessing their positive marketing opportunities. In this case, Kevin’s tweet itself reads as if it was meant to be written as a text or direct message rather than a publically available announcement – with a little bit of training mishaps like this could be so easily avoided.

Although Twitter can be an incredibly effective marketing tool for the player and the team when used like this, it would be a mistake to train the personality out of what the player tweets. Where Twitter excels is allowing that personality to come through and it makes fans feel truly connected to their heroes and teams.