A MPG survey has found that 32% of respondents felt that the current climate had some effect on them and their families with 19% classing this effect as negative.

Many commented that the state of the economy left them feeling more stressed and worried about money and their jobs, while others said that having less disposable income had forced them to cancel gym memberships and resort to cheaper alternatives to healthier food options.

Despite this though, nearly 70% of respondents said they were feeling the need to stay healthy in tough times and the amount of people taking up free exercise like running or cycling outdoors, has increased by up to 20%.

In contrast though 13% of all respondents stated that the recession had a positive impact on their lives in terms of lower interest rates and mortgages and encouraging them to cook food from scratch making meals more healthy.

Denise Turner, MPG head of insight and effectiveness says: “It’s interesting that despite some people feeling less healthy in the recession due to stress and longer work hours, more people have chosen to go down the route of preparing meals at home and using free exercise.

“In essence then, in terms of peoples health, it may seem that something positive can arise out of the recession.” 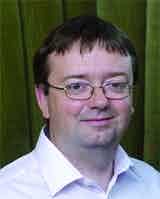 Diageo has appointed the marketing director for its British division, Philip Almond to the role of global brand director of Baileys.