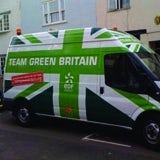 The London South Bank-based attraction will now be known as the EDF Energy London Eye from the end of this month when the wheel re-opens after maintenance.

The three year sponsorship deal with the London Eye’s owner Merlin Entertainments is reported to be worth around £8m.

EDF Energy is a tier one sponsor and the sustainability partner of the London 2012 Olympic and Paralympic Games. The energy supplier hopes that the London Eye link will boost brand visibility as tourists flock to the capital for the Games.

The wheel, launched in December 1999 to tie in with the new millennium, carried title sponsor British Airways’ name when it opened to customers in 2000.

It has been known as the Merlin Entertainments London Eye since August 2009.

EDF will also provide electricity to the London Eye as part of the partnership.