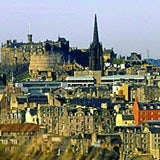 The organisation will build on existing public-private partnerships in the city. The initiative was given the backing of the City of Edinburgh council after they viewed analysis of the promotional strategies of other UK cities.

The new body will launch in April next year and will closer co-ordinate city promotion activity. Destination Edinburgh Marketing Alliance, Edinburgh Convention Bureau and Edinburgh Film Focus will all be subsumed into Marketing Edinburgh. Between them, the three bodies helped attract nearly £79m in investment last year.

There is core funding being made available and the body has a target of raising £5m annually by 2014. An executive team has yet to be appointed.

Chief executive of Edinburgh chamber of commerce Ron Hewitt says: “The establishment of Marketing Edinburgh is a significant advance. For years, this great city has lacked a co-ordinating marketing body with sole responsibility for attracting investors, visitors and talent to the city.”

Tourism body Visit London is still not absolutely confident whether it is to be spared the axe from the government’s public sector spending cutbacks. Visit London’s main channel for funding, the London Development Authority, is to close and discussions are still ongoing over how the tourism body will receive support.