The EE Power Bar is a portable device with a USB slot to charge smartphones for up to 5 hours. EE will allow customers to replace dead power bars at all its UK stores as frequently as possible.

Dunn says: “Almost everyone’s experienced the frustration associated with running our of battery and it always seems to happen when you need your phone the most.

With EE Power, we’re trying to help by giving our customers a Power Bar that can simply be swapped for a full charged one in any of our stores,” she adds.

Each Power Bar typically gives one full smartphone charge per use, and existing consumers can order the charging device by texting EE. Non-EE customers can also participate in the scheme by paying £20.

The latest initiative marks the second reward programme that the brand has launched this year. Earlier this month EE launched a ‘Film Club’ reward scheme, which allows consumers to redeem a movie for £1 each week on the video streaming service Wuaki.tv and was a replacement for Orange Wednesday’s.

Much like the consumer research that inspired the new EE Power Scheme, ‘Film Club’ was born from data that suggested that the majority of a surveyed group of 2,000 adults said that they download or stream films every month, and were going to the cinema less. 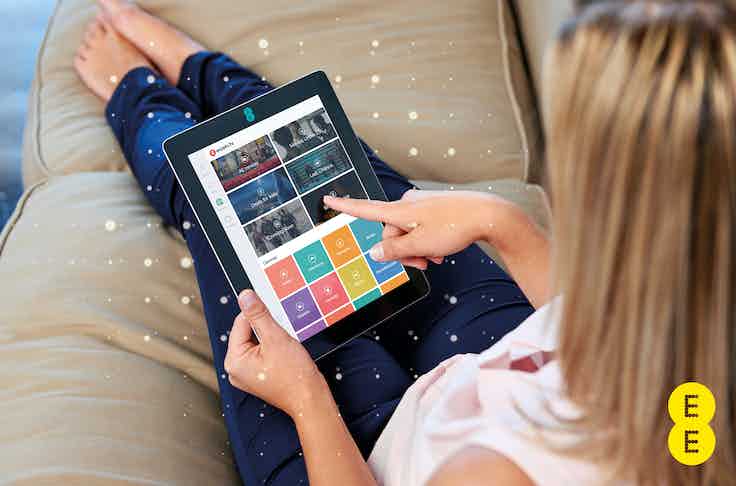 EE has partnered with video streaming service, Wuaki.tv, to launch ‘Film Club’. The reward scheme will give consumers the chance to stream one movie per week for £1, and looks to be a replacement to the phone network’s long-running, cinema-based, Orange Wednesdays loyalty offering, which ended in February.

Everything Everywhere’s rebranding to EE and the launch of a new consumer facing 4G network brand with the same name has cast doubts over the long term viability of the Orange and T-Mobile brands in the UK.