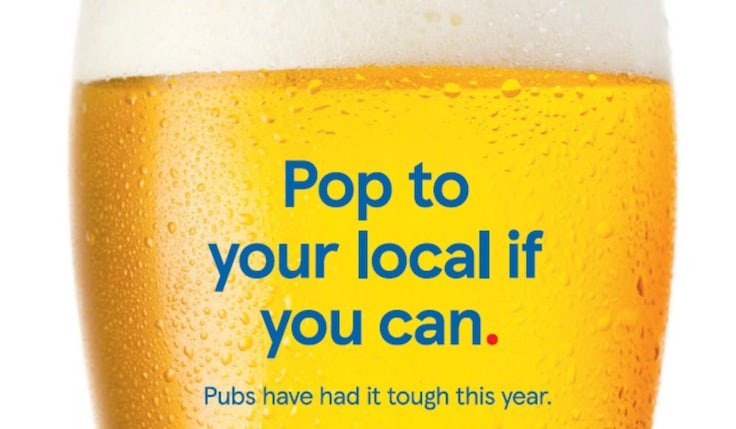 It’s fairly rare for a brand to actively encourage its customers to buy from a competitor. However, in calling on consumers to visit their local when pubs reopened earlier this year, Tesco produced the most effective print ad of May in terms of public response.

Created by agency BBH, ‘Pop To Your Local If You Can’ reads: “Pubs have had it tough this year. That’s why, for once, instead of telling you about our fantastic deals, we’re using this space to ask you to support them instead (as long as you feel safe to do so). Because right now, every little helps.”

The campaign ran across national newspapers and digital outdoor billboards, as well as on social media, with media planned and bought by MediaCom.

According to The Works, a monthly study produced using Kantar Marketplace data, the response from British people puts the advert in the top 2% of all ads in the UK for distinctiveness, and in the top 15% for being actively engaging. The creative also evoked a “feel-good factor” in the top 30%.

“The sight of an ice-cold refreshing pint of beer is arousing and appreciated, but whilst desirable for many, this is not particularly distinctive or original,” explains Kantar’s UK head of creative excellence, Lynne Deason.

“What makes Pop To Your Local If You Can stand out is its unexpectedness; the idea that a supermarket would actively choose to encourage people to go to their local pub, instead of persuading people to buy drinks from their stores.”

What we saw during 2020 was a real opportunity for us as a brand to reconnect with the nation and be on the side of customers in a pretty tragic year.

Produced in association with Marketing Week and the Advertising Association’s Trust Working Group, The Works study asks 750 consumers what they think of five of May’s top print ads – 150 consumers per advert. The five ads were put forward by Newsworks, the marketing body representing national newsbrands.

The research reviewed the critical factors that have been proven to determine whether an ad will be effective in the short term and if it will contribute to a brand’s success in the longer term.

On top of drawing attention and making readers feel good, the benevolent act also proved effective for the Tesco brand. By using “prominent” integration of established brand cues, with Tesco’s signature colours and the twist to its ‘Every Little Helps’ strapline, consumers overwhelmingly recognised the ad as being for the supermarket.April’s most effective ad revealed: Walkers ‘CrispIN or CrispOUT’

Some 45% of people said they couldn’t fail to remember the ad was for Tesco, more than double the average of 22% and landing the ad in the top 10% of all ads for branding.

Beyond salience, Tesco created a positive halo around its brand, with the advert in the top 40% of UK ads for driving increased brand affinity.

“Tesco acknowledging the difficulties pubs faced during the pandemic and actively supporting the success of what is a core part of the tapestry of British life and local communities, ahead of their own commercial growth, shows an empathetic and caring side to the retailer,” Deason continues.

“This resonates with people and creates a meaningful and unexpected emotional connection with them.”

This is exemplified in the comments of participants, who liked that the ad “displayed another side to Tesco” and said “It’s good that they’re not just thinking of themselves”.

Looking at where consumers’ eyes were first drawn, it’s evident that the headline grabbed attention. According to Deason, it created “sufficient curiosity” to cause people to spend more time looking at the ad, with a “very clear” eye flow from the header to the Tesco logo.

According to Deason, the ad is a “great” example that simplicity of execution does not mean an ad is boring. In this case simplicity underpins its success.

“Achieving such simplicity is a talent and requires a strong belief in the power of the idea,” she adds.

One participant in the study commented: “I like the minimalist design and how it was looking out for communities before the company’s own profits. The logo, while still present, was small and at the bottom, so it didn’t take away from the main message Tesco was trying to deliver.”

Reconnecting with the nation

Tesco’s innovation and marketing director, Emma Botton, says Pop To Your Local came as part of a customer-led strategy, which hopes to help the nation “get its mojo back” as pandemic restrictions ease.

“What we saw during 2020 was a real opportunity for us as a brand to reconnect with the nation and be on the side of customers in a pretty tragic year,” says Botton. She points to the efforts the supermarket made to ensure it remained open and safe throughout the pandemic, as well as its increased email communications with customers.

However, as 2021 shaped up to be equally as uncertain as last year, Tesco asked itself how it could still be “present” with customers and maintain the momentum it had built.

“But not on our agenda,” Botton adds. “On the agenda of what’s actually happening to people. That’s been a tonality shift for us.”

Noting how excited many people were for pubs to reopen and a slice of normality to return, the supermarket saw an opportunity to both connect with the nation and to support the wider community.

What makes ‘Pop to Your Local’ stand out is its unexpectedness; the idea that a supermarket would actively encourage people to go to their local pub.

“I think we have permission to do that after 2020, after the extraordinary efforts of all our colleagues in terms of keeping the wheels on, making sure those shops stayed open, making sure there were food products available to be bought, and keeping our customers safe,” Botton says.

The concept also fits nicely into Tesco’s brand purpose of “helpfulness”, which the marketing team uses as a barometer to determine which spaces the brand should, or should not, be playing in.

The objective of the campaign was centred around driving positive sentiment through buzz and “talk-ability”, Botton explains. Through social listening Tesco saw its net sentiment score increase, with 79% of sentiment in reaction to the ad positive – even among customers of rival supermarkets.

According to Botton, a key factor in the success of the ad on those measures is that it was a continuation of Tesco’s existing narrative, not an ad in isolation.

“It didn’t seem disconnected to 12 months of conversation that we’d been having prior to that,” she concludes. 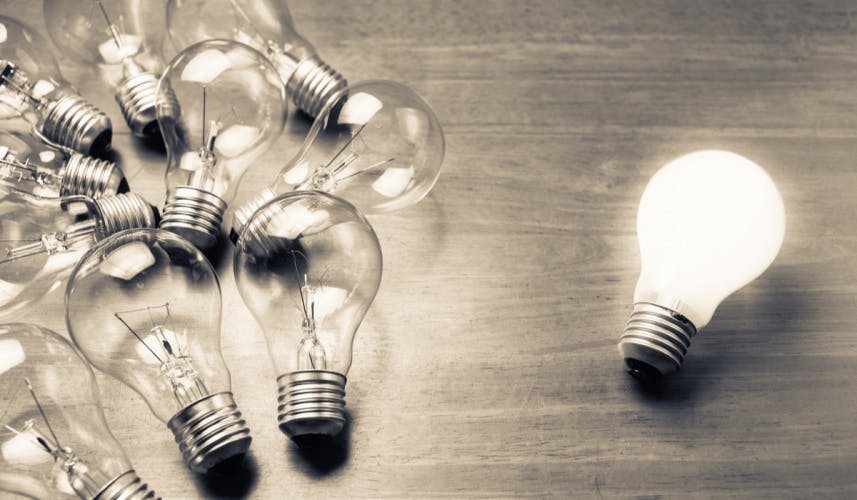 In partnership with the Advertising Association and Kantar, Marketing Week will reveal the month’s most effective advertising campaign and share what marketers can learn from it.