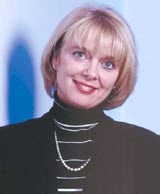 EHS Brann is to make 29 people redundant from its London office following a consultation period triggered by account losses and its recent merger.

The agency employs 450 staff across London, Leeds and Cirencester with about 375 based in London. EHS Brann was the result of a merger between ehsrealtime and Brann Agency UK at the end of last year. Since then it has lost work on Guinness UDV (MW April 11) and Eagle Star (MW February 28) accounts. As well as resigning its BMW business, the agency faces a statutory review on Peugeot and could lose work on Alliance &amp; Leicester, as the bank is understood to be doing work in house.

Communications director Louise Wall says the redundancies, which follow a three-month consultation period, were mostly junior positions. However, she adds that two senior positions were also “being looked at”. Earlier in the year it also emerged that Edmund Smiley-Jones, the agency’s business development director, was to leave to start his own direct marketing agency (MW May 2).

Despite the redundancies, Wall remains upbeat about the future of the agency, pointing out that since the merger it has won work for the AA and Barclays.

She says: “Our outlook is positive. We have grown our business and are moving forward. We have an extremely strong culture here.”

The Â£374m takeover of budget airline Go by easyJet may be the first of a series of consolidations in the low-cost market. But experts warn that by consolidating, these companies may be risking a serious departure from the winning formula creat

M&C Saatchi Sponsorship has been appointed to manage Travelex’s $10m (£6.8m) five-year sponsorship of Toyota’s F1 team, following a competitive pitch. M&C won the foreign exchange company’s business after pitching against four other unnamed sports marketing agencies. The agency will be responsible for maximising the brand’s exposure, arranging corporate hospitality and ensuring that the sponsorship […]