A report by the Information Commissioner’s Office (ICO) and Ofcom into the scheme, where those wishing to opt out of telemarketing from brands playing by the rules register, into its effectiveness in stopping ‘live’ calls found some notable successes.

The report, which analysed a group of registrants and non-registrants, found those registered with the TPS enjoyed a 31 per cent reduction in the volume of sales or marketing calls.

Elsewhere, 45 per cent of registrants did not receive any calls, compared with 26 per cent of non-registrants. There also appeared to be a halo affect in stopping so-called robo or automated calls with TPS registrants seeing a 35 per cent dip in the volume of all nuisance, live or automated, calls per month.

In a statement announcing the results of the report both the ICO and Ofcom talked enthusiastically about TPS’s ability to reduce the volume of nuisance calls. To their credit, they also did not shirk the bleeding obvious. Why are those explicitly opting out still receiving any calls never mind fewer?

The answer, of course, is that the TPS can only achieve so much. It is only as good as business allows it be. Although the report does not say it, I’d wager the vast majority of those companies riding roughshod over the desire of those on TPS not to be registered do not have a clue whether people are not.

They simply do not care. They are going to make their calls whether people are registered or not.

Simon Entwisle, the ICO’s deputy chief executive – the ICO has executive power to take action and prosecute rogue operators – summed the problem up nicely in his report as well and also pointed to a solution.

“While the results of this research show a decrease in the number of nuisance calls received by people registered with the TPS, it also shows that too many people continue to receive them. This is why there must be no further delay in strengthening our powers.”

Use of the words “further delay” is quite revealing. The Government department responsible for clamping down on nuisance callers, the Department for Culture Media and Sport, mooted a consultation on changes that would lower the threshold on the basis of which the ICO could take action earlier this year but this has not yet been forthcoming and will unlikely be now until after the recess given MPs are about to disappear for their lengthy summer breaks.

The fear is the momentum could have been lost. Ed Vaizey, who appeared to be leading the charge on nuisance calls has moved to a newly created position of ‘minister for digital industries’, a role which sees him report to both the Department for Business, Innovation and Skills and DCMS. Seemingly offering him less time to focus on comparatively prosaic matters like nuisance calls.

MPs and ministers’ minds will be distracted from the day to day from October by re-election. When they reconvene in the autumn there will only be eight months or so to go before the General Election, a period not always conducive to reason and constructive politics. Particularly so in the run-up to what is likely to be a close election that will be more mud slinged than usual.

Telemarketing at best can be a useful addition to the marketing mix but nuisance callers are presenting it at its absolute worst. Rogue operators also add to the fear of very vocal campaigners that nefarious marketers will stop at nothing to sell their wares.

Action is needed so the ICO can act to stamp out wrong-doing. As the DMA says in its call for quicker action. “TPS cannot stop nuisance calls made by rogue operators that flout the law. The ICO has the power to deal with wrongdoers, but legislation needs to change for them to flex their muscles.”

Earlier this week I went to see Dawn of the Planet of the Apes film in 3D. Although it was quite a good film, the 3D effects were formulaic – either that, or I have become much more demanding – expecting my senses to be wowed each time I go to the cinema. 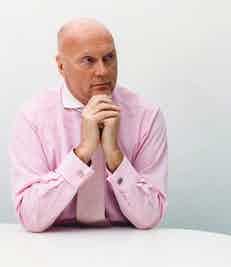 Allan Leighton, the former Mars marketing director who went on to become chief executive of Asda, has advised marketers wanting to make into the C-Suite to avoid talking “management babble” and keep their approach to leadership “simple” by thinking as customers.