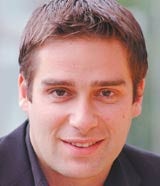 Rissik will report to vice-president of publishing support Steve Seabolt and will be based at EA’s headquarters in San Francisco.

EA’s biggest release this year will be its FIFA Football 2004 game, due out at the end of October. Last August, EA appointed Wieden &amp; Kennedy Amsterdam to promote its FIFA Football 2003 title. EA picked Wieden &amp; Kennedy over its usual creative agency, Odiorne Wilde Narraway &amp; Partners, because it wanted an agency with experience in advertising brands associated with football.

EA’s other big gaming titles include Harry Potter, Lord of the Rings and the Sims range.