It’s quiz time. When Jamie Oliver said: “If this was a film, this would be like getting it into lots of cinema screens. This is where people go.” Was he talking about:

A) His upcoming film debut, ‘The Hypocritical Chef’
B) His £5m deli food deal with Shell
C) Rubbish

Of course the answer is B, which could lead to A, which would probably be C.

This has ruffled some feathers.

Now, we all know Jamie Oliver isn’t a bad guy. Sure, he might grate on some people and be guilty of charging too much in his restaurants. But really he’s just that cockney Naked Chef guy from the TV with his 15-minute/definitely not 15-minute meals, who lobbied hard for the sugar tax and who wants to save the world one school dinner at a time. But who could also do with £5m because times are hard.

But he’s not bad. And no one apart from long-time Jamie Oliver haters are mad at him for trying to get the UK to eat more healthily.

READ MORE: Beware the ‘subvertisers’ if your deeds don’t match your message

The thing is, he’s not just Jamie Oliver. He’s also a loud-and-proud UN environmental campaigner and has gone to bed with a business that isn’t exactly known for its non-carbonated carbon footprint and environmentally friendly oil spills.

A criticism to which Oliver addressed this week (sort of).

“I think I’ve earned trust over the last 20 years and I would hope that people think I’ve thought about it correctly. I can stick up for what’s in the stores and where it’s come from.”

OK. First of all, this is a very over-inflated view of the power of ‘brand’. He’s basically saying that just because he’s been around for a long time and is mostly seen to be doing positive things for society, people might be able to let this little oil spill slide. Because it’s the thought that counts and he’s thought about it correctly, right? 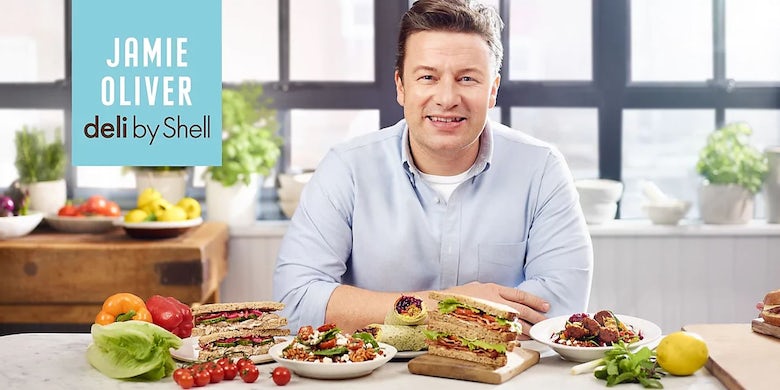 Granted, while Oliver’s views on healthy eating and the environment aren’t mutually exclusive, this particular deal feels like a complete misalignment of two brands. And anything Jamie Oliver does his brand does too, because that’s what happens when you are the brand – there is no distance, no scapegoat.

It’s not just his brand it impacts either. Jamie Oliver has his fingers in many pies, so any damage to his brand or negative association is likely to be felt, even if just a small ripple, wherever else his name is.

It’s a case of brand purpose gone wrong – not helped by the fact his restaurant business is suffering so it looks like he’s doing it for the money too.

“If we want Britain to be in a healthier, more productive place in 15 to 20 years, we absolutely need businesses to be on that journey,” he added.

“My job’s to work for the British public and push Shell to be the best that we can be and also to disrupt the market.”

Disrupt what market? Is he going to push Shell to stop drilling holes in the ocean and do more to make amends for years of oil spills?

READ MORE: Why one Shell marketer went to the South Pole to raise awareness of renewable energy

Which again is why it is difficult to see this deal as anything other than misplaced opportunism. Fun-loving family guy Jamie Oliver goes with supermarkets and pre-watershed TV programmes about school dinners, not with multi-billion pound oil and gas giants which is slowly contributing to the destruction of the world.

Shell’s agenda seems to be obvious. It’s working especially hard right now to shift its image – it has consistently topped the list of the most hated brands in the UK – and this deal, which Shell said “could be a good business proposition”, is no doubt as much about trying to clean up its image as it is the money.

However, like with its ‘Make the Future’ event – its yearly effort to promote its renewable energy technologies to millennials and convince the world it is a progressive and ethical business – Shell has again made a move to be seen as doing something ‘good’ but without addressing any of its other core criticisms.

And Shell, it’s going to take much more than Jamie Oliver’s smiley face and some “honestly sourced” sandwiches “put together with love and care” to clean that up.

At least the marketing team has had some fun along the way: ‘From A to BLT’, ‘A new direction for food on the go.’ (Get it?)

Apart from Ginsters superfans perhaps, few people will argue that there shouldn’t be healthier options in service stations. And given everything he has done, Jamie Oliver probably seemed like the right person to spearhead this.

But circumstances mean his brand feels out of place. And Jamie Oliver will feel the effects of this bed-sharing for some time to come. 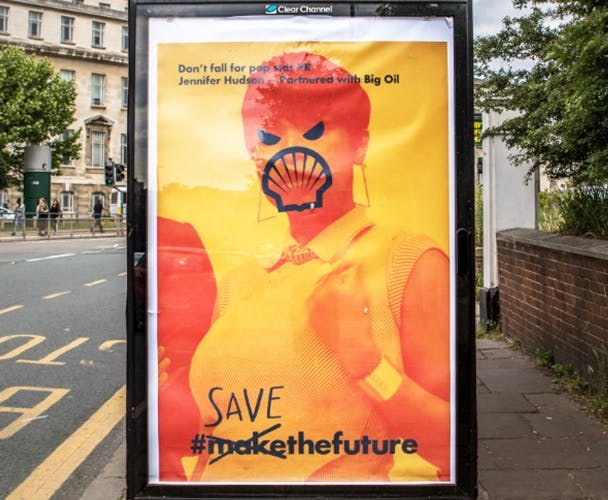 ‘Subvertising’ might not be new, but in 2018, when even the smallest act can be massively amplified online, brands need to realise they no longer operate in a world where they can pull the wool over people’s eyes.