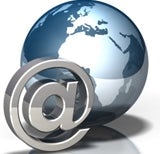 Yet, despite the requirement to put an ’unsubscribe’ link at the end of every message, consumers are not necessarily switching off this channel, even if the messages they get are not particularly well targeted or personalised. In a contradiction of other recent research, a new study among 2,000 consumers carried out by integrated marketing specialist GI Insight has found that nearly three-quarters (73%) have given permission to be emailed by companies they have previously bought from. Even more strikingly, half (51%) have also given permission to companies they have no previous relationship with.

Permission rates differ only slightly across both male and female consumers for companies they know, as the first chart (right) shows. Women are slightly more cautious about opting in to unknown third parties than men, although by a relatively limited proportion. Having half the population willing to get cold email should be a considerable comfort to marketers who have increasingly been switching to this channel.

Unreceptive audiences
Less comfort will be gained from the survey about how well email marketing is actually carried out. Just over half (53%) of consumers say that almost all of the email they receive is irrelevant (see chart, page 44). Here there is a slightly bigger difference between how men and women view their inbox, with female consumers more cautious.

This indicates email marketing is performing no better than random. If you view relevance as being binary – a message either is or is not relevant – then there is a 50/50 chance of getting it right. Using the data recorded when a consumer opts in ought to significantly improve that hit rate. That consumers say it is not is worrying.

According to a source working in financial services marketing, however, much depends on what is meant by the term ’relevance’. She says: “If you are offering accidental death insurance to somebody who doesn’t want it at the moment, that message would be considered irrelevant because they are not in the market.”

That does not mean the product itself is irrelevant, since insurance is something any consumer might need, but also one that is optional. Using information about changes in lifestyle – getting married, having a baby, moving house – should help to boost the chances of aiming such a product at a relevant target.

Various industry benchmarks suggest that email generally has a 30% open rate. “That is not a bad figure, although it would be great if it was higher,” says the source. She points out that industry reference points for email best practice, such as Amazon, also send email that does not get opened, but which consumers are unlikely to consider irrelevant.

Regulated industries, such as financial services, have an obligation to use all they know about a consumer when targeting their marketing under the Treating Customers Fairly legislation. “We have to be very careful and only offer people products we think they will want. The regulation is very clear about that,” she says.

This may be reflected in the different levels of permission identified in the research across various age groups (see second chart, above). The youngest consumers have a below-average level of opting-in to email from companies they know. At that age, preferences are far from settled (and there are lots of other distractions).

As adult life takes off and income starts to rise, so do permission rates, as seen with the rise among 25- to 34-year-olds. Family life then knocks back opt-in levels, before they return strongly in middle age – 45- to 54-year-olds are the most likely to want to get email. Permission stays above average right up to retirement.

“That was a surprise,” admits Andy Wood, managing director of GI Insight. “It is probably about trust. People aged 45 to 64 know who they buy from and if they are interested in their products. They are less broad in their repertoire and are starting to firm-up on who they want to keep buying from over a longer period.”

While this same age group are slightly more likely to say the email they receive is all irrelevant, they are also likely to be exposed to more messages than other groups. Higher income levels at this age, combined with higher opt-in rates and established preferences mean these consumers are seeing more email and will therefore reject more. Equally, younger consumers are more open to approaches because they have not established their product repertoire, so will consider more messages to be relevant.

Another interesting discovery in the research is that nine out of 10 consumers in the highest-income bracket had given their permission to be emailed (top chart, right). This group are often said to be hard to contact – this evidence suggests that an established relationship can be maintained and fostered, provided it is done with respect.

Recognising preferences
The real surprise in the survey is the extent to which this is actually happening – in the upper income bracket, only one in five consumers (22%) say all of the email they receive is irrelevant (bottom chart, right). At less than half the average, it suggests the high rate of permission from this group is being handled with care to avoid unsubscribe responses.

“Are they getting less email per se and therefore see less that is irrelevant?” wonders Wood. “I would expect top-end brands such as Harrods or Liberty, who run loyalty programmes specifically aimed at high rollers, or concierge services, to do more targeted email. What we are seeing is best practice at the top end – we have to hope it filters down.”

Pressure on marketing budgets has driven a high level of switching to the channel from other, more expensive media. Industry sources report that there is a problem with an ongoing attitude of “it’s so cheap, why bother targeting?” For now, permission rates do not appear to be collapsing under the weight of high levels of activity and low levels of targeting and personalisation.

But that tolerance cannot be taken for granted forever. Already, email is only seen as relevant half the time and some groups of consumers are growing annoyed. Marketers should be placing a higher value on the permissions they gain and doing everything possible to avoid triggering an unsubscribe response. Failing to use available data in email just leaves marketing to chance. 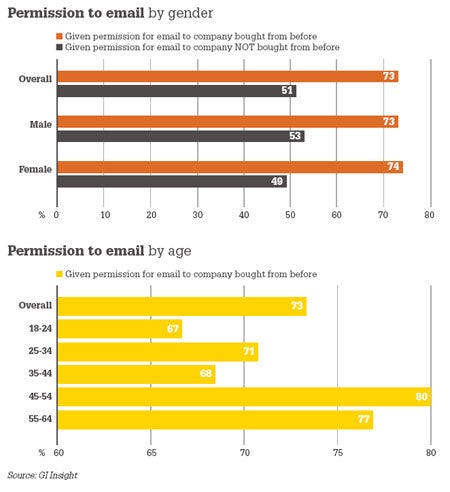 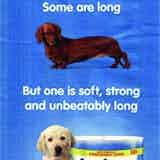 An Andrex ad has been banned after a rival toilet paper maker complained it was misleading. 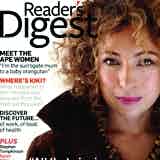 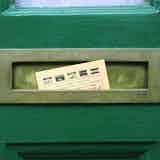 There will be a shift towards direct marketing in the coming years as new sources of data and insight make marketers more accountable than ever, according to a report.