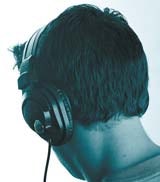 EMAP Advertising has expanded its Big City Network to include 12 of the stations it acquired from Scottish Radio Holdings (SRH) last year, in an effort to make it easier to sell the independent local radio (IRL) stations to advertisers.

The network, which originally covered eight stations such as Key 103 in Manchester and Radio City in Liverpool, will now also include Clyde 1 in Glasgow and Forth 1 in Edinburgh. EMAP says the portfolio will reach 4.8 million adult listeners a week across the North of England, Scotland and Northern Ireland. It targets a core audience of 20- to 44-year-olds.

The extended network, which has been launched to agencies this week, increases the reach of EMAP’s local network and aims to make it easier for advertisers and agencies to buy packages of stations.

EMAP says it has merged the stations into the network because they are a natural fit with its existing local stations. EMAP Radio group managing director Dee Ford says the focus for all the local stations is “personality, place, programming and people”, to ensure they are relevant to their listeners. She says the merger will also allow the stations to tap into central content when it is appropriate.