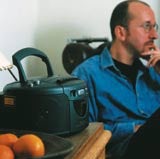 Magic, the EMAP-owned radio brand, is ramping up its investment in marketing and programming in a major assault aimed at increasing its share of audience and awareness of the brand among non-listeners.

The move comes just weeks after Magic’s new managing director, Andria Vidler, joined the station. She is responsible for driving its development as a national brand as well as expanding its audience. EMAP is also keen to make the station number one in the competitive London market.

The increase in spend is the first major investment by EMAP in the brand. It signals the start of a second phase of its music-focused strategy, due to launch in the autumn, which aims to make the station “everybody’s favourite music station”.

The station is planning a major advertising campaign that will reinforce the station’s focus on music rather than personality DJs.

Vidler says that the advertising, developed by St Luke’s, will be a long-term campaign that is more distinctive than its previous advertising. It spent about &£630,000 on advertising last year (AC Nielsen).

The first phase of the strategy, which has been supported by the “More music, less talk” ad campaign, helped the station briefly overtake Chrysalis-owned Heart 106.2 to the second most listened to station in London in the last quarter of 2004.

Vidler says that the station’s positioning will “make music the hero” and that the programming schedule will become “more engaging”. She adds that the changes should help to change perceptions that Magic is a “cheap” station because of its music focus.