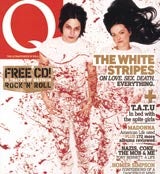 Emap is planning to launch a Q-branded digital radio station, following the success of its digital radio services Smash Hits!, Kerrang! and Kiss, which all announced digital listenership figures for the first time at last week’s Rajar. The figures cover the first quarter of 2003.

Emap Performance chief executive Tim Schoonmaker attributes the figures to the launch of BBC’s Freeview and the cross-promotion of the stations on its Freeview music channel, The Hits.

He confirmed that Emap is now considering expanding its range of services and the distribution of them. It is also launching OneNation, an umbrella sales house for Kiss, Kerrang! and Smash Hits!, this month.

Radio buyers have however, greeted the digital listenership figures with muted enthusiasm. Though it means advertisers will have national commercial radio options on offer, buyers are still cautious as there is no in-depth information on where the listeners are situated geographically, or how they are consuming radio through TV.

MediaVest’s head of radio Mark Helm says that with a multi-media and platform brand such as Smash Hits!, there is potential for mis-attribution by listeners when they are filling in their Rajar diaries.