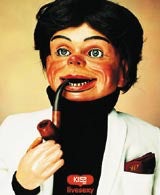 EMAP Radio managing director of programming Mark Story is spearheading a drive to increase networked programming opportunities for EMAP and commercial radio. It comes as the industry steps up its efforts to win audience share from the BBC.

Story will continue to oversee programming across EMAP’s radio stations, which include Kiss and Magic, but he will increasingly focus on developing new opportunities for commercial radio companies to work together on projects.

It follows the success of cross-station events such as UK RadioAid, a day of programming in aid of victims of the Boxing Day tsunami, which went out across a number of commercial stations. Story was the organiser and chairman of the event.

The move comes as the Radio Advertising Bureau (RAB) revealed plans to help the industry develop more networked programming to help in the battle with the BBC, and to continue growing the medium’s share of UK advertising revenue (MW April 14). Story was appointed as managing director for programming a year ago, but he has been focused on stations – Kiss and Magic, for instance, have been seeking new managing directors. EMAP has now appointed Andria Vidler, former managing director of 95.8 Capital FM and the FM network, to head Magic; and Channel 4 head of marketing Bill Griffin to the Kiss role.

Meanwhile, EMAP has confirmed that Richard Park has taken over as programme director at Magic 105.4. He has been working as a consultant to the station since December 2002.

Iceland is understood to be poised to appoint Manchester-based Tom Reddy Advertising to handle its &£10m ad account after briefing the agency on creating a campaign for its home-delivery service.

Conduit, the Irish directory enquiries operator that owns the 118 888 brand, is reviewing its media planning and buying account, held by Media Planning Group, as it embarks on a &£10m relaunch. Conduit had big plans for 118 888 when it launched in the UK in March 2003. It was reported that the company had […]