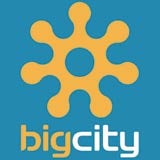 EMAP Radio has decided to axe live football commentary on Metro Radio in Newcastle and Radio Aire in Leeds following a review of the station’s output.

The decision follows research that shows listeners no longer think that it is essential for stations to cover the game. The move will free the stations to introduce new programmes, which will include some sport news and analysis.

The move comes as many stations seek to change the nature of their coverage as fans are able to find results and highlights from an increasing number of sources, including stations and television channels that are dedicated to sport.

The stations, which are part of EMAP’s Big City Network, will cease to broadcast live football commentary for their local teams immediately. Metro has been broadcasting live coverage of Newcastle United and Sunderland games and Radio Aire of Leeds United matches.

Liverpool’s Radio City is still in negotiations with Liverpool and Everton football clubs over the future of live commentary. Radio City managing director Tom Hunter says the station is keen to continue with the coverage but that it needs to achieve a balance between that and the station’s commercial interests.