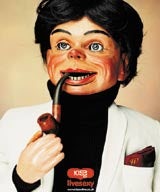 EMAP Performance is reviewing its &£4m advertising across its radio brands Kiss, Magic and the Big City Network as well as its stable of music magazines, following last month’s restructure of its marketing department. The majority of the business is held by Mother.

The review of the business, which also includes magazines Kerrang!, Mojo, Q and Smash Hits!, follows the decentralisation of EMAP Performance’s marketing division last month. The changes led to the departure of group marketing chief Malcolm Cox, who had been with the company for 14 years (MW March 11). It has devolved responsibility for marketing to the individual brand teams.

EMAP is now looking to establish a roster of agencies to work with on a project basis rather than retaining them. An EMAP spokeswoman confirmed that the group’s existing agencies would be invited to pitch for the project work. The Big City Network has worked with Karmarama since last autumn (MW September 4, 2003).

The restructure follows the departure of chief executive Tim Schoonmaker earlier this year. His responsibilities for the company’s radio strategy are being handled by chief executive Tom Moloney.