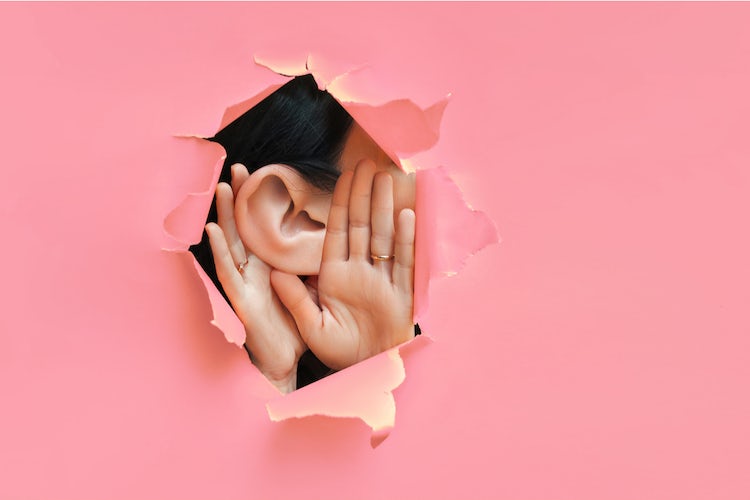 Most people’s first association with the word ‘improvisation’ is comedy. Their mind leaps straight to TV shows like Whose Line is It Anyway? But I believe learning how to improvise can help all of us off-stage too, especially when it comes to how we communicate.

Improvisation is the art of acting without a script. And while, yes, this often happens on stage for entertainment, much of our work life is improvised-especially our conversations. Therefore, ‘improv’ is a great place to look for insights into how to have better dialogues with your colleagues, stakeholders, and customers.

Counter-intuitively, improv performers like those on Whose Line? focus first and foremost on listening rather than speaking. They go on stage with no idea of what is going to happen next and, in an environment of such uncertainty, listening is one of the few things they can control. Also, by focusing on the other person’s ideas on-stage, it takes the pressure off a little. Like all effective communication, it all begins with listening.

Yet we are rarely taught how to listen. The closest we get is perhaps a short workshop on ‘active listening’ at work. However, many of the behaviours we are taught with active listening – such as nodding, smiling and making encouraging noises while the other person speaks – are not essential for good listening. In fact, you could be doing all those behaviours while thinking about something else entirely.

Here are two listening tips from improv that do make a difference. First, the next time you have a conversation, pay attention to what is going through your mind when the other person is speaking. So often we aren’t really listening, we are waiting to respond. We are stuck in the script in our heads, forming a rebuttal of some sort. Instead, focus on staying present and listening to the end of the other person’s sentence before thinking about what you want to say next.

The second tip builds from this level of presence. How do you know someone has listened to you? It is by what they do with what you have said. Improvisers define listening as the willingness to be changed. If you are really listening, the other person’s words should land on you and change your response. Without that, you aren’t relating to the person in front of you, you are talking at them.

Let’s look now at how you listen better to your customers and stakeholders.

How to listen better to customers

For improvisers, feedback from our audience is absolutely crucial. We create our shows in dialogue with them. When they laugh at something that’s been said on stage, they are saying: “We like this, do more of it.” When they don’t laugh, they are saying: “Not for us, please try something new.” In a very real sense, the audience help us write the script. We co-create the comedy with them.

Off-stage, this principle holds too. If you don’t listen to your audience, you are ignoring a huge resource. Customer feedback is an incredible gift if you are willing to listen to it without assumption or judgement.

So often we aren’t really listening, we are waiting to respond. We are stuck in the script in our heads, forming a rebuttal of some sort.

Charlotte Langley, brand and communications director at Bloom and Wild, told me how they have put this principle into action: “For a florist, Mother’s Day is clearly a big event in our calendar. But in 2018 a few customers emailed our Customer Delight team to ask if they could be unsubscribed from our emails over the period, as they found it difficult receiving marketing around Mother’s Day. We had stumbled on an insight: loss, grief and other difficulties were a real issue for many people when it came to certain occasions.

“Now we offer all customers the opportunity to opt out of marketing around these occasions and have formed the Thoughtful Marketing Movement to inspire other businesses to do the same. And it all began with listening.”

When was the last time you spoke in depth to a customer? What if you brought them into the development of your product, service or idea? How might you use social media, surveys and other digital tools to do that?

So often the challenge in communication with stakeholders is overcoming conflict. Improvisation offers a useful tool here: ‘Yes, and.’ The best way to show you how this works is in an example.

Say someone says the following to you: “We need to make the social media content more distinctive.”

You could respond in two ways. Which is the more collaborative choice?

The word ‘but’ gets you into an argument. When the other person hears ‘but’ they stop listening to you and start trying to defend their position. Therefore, you want to avoid ‘Yes, but’ if you can.

Alternatively, the ‘Yes’ in a ‘Yes, and’ style response affirms the other persons perspective and feelings (although it doesn’t have to agree with them), then the ‘and’ is a bridge into your point of view. It allows you to make the same point as you did with the ‘Yes, but’ response, but offers a less emotionally provocative bridge into it. It is inclusive rather than combative.

Most of all, ‘Yes, and’ is a technique that slows your brain down so that you are mindful in how you disagree with others. It allows you to respond rather than simply react. And in the heat of the moment, that skill can be crucial in maintaining strong relationships moving forwards.

Max Dickins is author of Improvise! Use the Secrets of Improv to Achieve Extraordinary Results at Work, which is out now. He is co-director of improvisation training company Hoopla!

‘Soft’ skills like communication and empathy are clearly important, but marketers need to brush up on core technical skills like strategy, data and measurement to be truly effective.

Taking an empathetic approach to data that moves beyond purely “raw conversion goals” is the key to success, says CMO Tom Wallis.