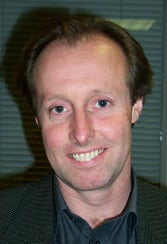 EMI Music Publishing is creating a media department to focus on building ties with film, TV and new digital clients. It will be led by the company’s former film and TV director Jonathan Channon, who has been promoted to the role of executive vice-president of media and business development.

The music publisher’s film and TV team and the KPM music house production libraries will merge to create a “one-stop, customer-focused” music service. The department is being divided into sales, licensing and production divisions that will aim to build brand alliances, establish new revenue streams and develop new business models.

EMI Music Publishing UK managing director Guy Moot says the business must become more sales-orientated and be flexible enough to work with clients of all sizes and business models.

Promotions manager Melanie Johnson has been promoted to head of sales, former creative licensing manager Steve Hills takes up the role of head of licensing and Elaine van der Schoot will head production alongside her current position of creative director.

Former KPM director Peter Cox has also moved into a consultancy role and will focus on maintaining KPM’s creative output.