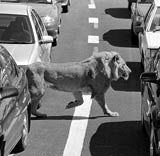 Gas and electricity are not on the top of many shopping lists. But Sainsbury’s and reportedly Argos, the high street catalogue retailer, have plans to get customers to buy utilities from their stores.

Last week, Sainsbury’s announced an initiative that allows shoppers to buy gas and electricity, in addition to groceries, at its stores.

As part of a joint venture set up under the Sainsbury’s Energy brand, Scottish Power will supply gas and electricity, while the supermarket giant will provide customer service, including billing.

The provision of gas and electricity is part of the retailer’s move to offer its customers a variety of services through one central billing point. Sainsbury’s Energy will be incorporated into its Sainsbury’s One division, which was set up in January to offer customers telephone services.

Just as Sainsbury’s has teamed up with Scottish Power to be its utility supplier, the supermarket is using BT Cellnet as a partner for its own virtual mobile network. Sainsbury’s was one of the first supermarkets to join the growing band of “virtual network operators”. Other virtual network operators include Virgin, which has joined up with One 2 One, and NTL, which is launching a trial later this year with Orange.

Sainsbury’s Energy will initially be tested in six stores and, if successful, will be rolled out nationwide. The scheme is an extension of an existing relationship between the retailer and energy supplier, in which Sainsbury’s offers its customers a set amount of loyalty card points if they switch to Scottish Power. The energy supplier gained 75,000 customers through the initiative, which began in October last year, and has a customer base of 3.5 million. As part of the Sainsbury’s Energy scheme customers will be offered a similar reward point deal in addition to an annual points reward for staying with the scheme.

The home shopping division of Great Universal Stores (GUS) is also rumoured to be looking into a partnership with a utility company in order to launch its own-branded gas and electricity. Argos, owned by GUS, already has an affinity deal with Scottish &amp; Southern Energy, offering customers loyalty points to spend at Argos.

An Argos spokeswoman says: “There are no definite plans at the moment. But, it [the supply of gas and electricity] could be something that the home shopping division might be looking into.”

But City analysts wonder whether retailers have the capacity to enter a sector, which for a long time has been making frantic attempts – from the acquisition of energy suppliers to selling bundled products, such as telecoms and financial services – to woo additional customers.

According to industry regulator Ofgem, the number of domestic customers switching utility supplier has fallen dramatically (MW January 25). While 200,000 gas customers a month switched suppliers between May 1998 and September 2000, the number has fallen sharply to 80,000 a month since September 2000. In the electricity market 320,000 customers a month were switching suppliers until last September, this has now dropped to just 200,000.

Energy in a basket

One analyst doubts whether consumers will be willing to buy their energy products from the same place as they shop for milk and bread. He says: “Following the liberalisation of the utility sector, power companies have devised all sorts of temptations to lure customers away from their competitors – reward points, air miles and single billing. But at the end of the day, gas and electricity are not the most interesting things in the world. The only time you think about these is when you receive your bill.”

In a market characterised by inertia, utility companies have struggled long and hard to get their hands on new customers. So hard that Ofgem has been forced to sit up and take note of rising customer complaints.

Ofgem has threatened to suspend npower’s marketing activities if the energy company fails to improve the practices of its sales agents by January next year (MW October 4).

Branding is also beginning to play a crucial role in the battle for customers. Tie-ups with strong brands like Sainsbury’s will help industry players such as Scottish Power overcome geographical associations, which limit their national appeal and enable them to compete with established national brands such as British Gas and PowerGen.

In another cross-marketing initiative, Scottish Power teamed up with the TUC in 1999 to provide low-cost energy for trade union members, under the brand Union Energy.

PowerGen, one of the last entrants into the deregulated gas and electricity market, says that it is not considering following in the footsteps of Scottish Power. The company, which took over the regional utility company East Midlands Electricity in 1998, has decided to market itself as a single brand using the name PowerGen.

TXU Europe has also decided to discontinue the use of regional brand names and is rebranding Norweb Energi and Eastern Energy as TXU Energi (MW August 16). A TV and press advertising campaign, created by Roose &amp; Partners, will support the new brand name.

PowerGen marketing communications manager Brian Richards says: “PowerGen is a strong national brand, which has emerged over the years as a major player in the market. The Scottish Power and Sainsbury’s deal means more competition in the market, which is good news for consumers. But PowerGen will not emulate the Scottish Power model, because it believes that if the brand is strong enough then it should be consumer facing and not in the background.”

PowerGen has affinity deals with the charity Age Concern and toy company Lego, to sell gas and electricity under dual-branded packages. Richards adds: “PowerGen doesn’t think that it is a good strategy to divorce the customers from its brand name. Its affinity partnerships are on an equal footing.”

Sainsbury’s One managing director Alan Shepherd says that its partnership with Scottish Power is also on an equal footing. But adds: “Sainsbury’s Energy is all about offering the best value and quality service. Research has shown that customers want the reassurance of a name they know and trust when choosing their energy supplier.”

Making the most of its assets

Sainsbury’s Energy, says Shepherd, is part of the retailer’s strategy of creating one-stop billings for the ease and convenience of its customers.

He adds: “Sainsbury’s intention is to use its assets – marketing and customer service expertise – to enter new markets outside its core groceries market. The intention is to enter typically complex, complicated and probably dull markets and add value to them.”

The launch of Sainsbury’s Energy will be supported by a direct marketing drive, handled by the retailer. There are no plans to back the product with a new Jamie Oliver TV advertising blitz.

Leslie de Chernatony, professor of brand marketing at Birmingham University Business School, believes that the utility market – in contrast to the food retailing sector – is branded poorly and does not have any level of emotional bonding with customers. But he doubts whether Sainsbury’s will be able to successfully stretch its brand, which has a strong food heritage, into areas such as utilities.

He adds: “Maybe a retailer like Tesco, which has managed to build itself as more of a lifestyle brand, has more chances of succeeding when stretching its brand into completely unrelated sector like utilities. Sainsbury’s brand is very functional – all about good food and recipes.”

But he maintains that the Sainsbury’s deal makes sense in the minds of consumers, who regard utility companies as billing operations “not brands”, while generally retailers have positioned themselves as brands that stand for trust and service.

Npower head of partnerships and promotions Aaseem Mulji says: “With so much customer apathy, the customer needs a reason to switch supplier. And value through a partner with whom they have an affinity or relationship is key.”

Npower already has two strategic alliances with the retailer Powerhouse and environmental lobby group, Greenpeace. The utility provider sells gas and electricity through Powerhouse’s 128 stores. And through a partnership with Greenpeace, npower recently launched Juice – an ethical electricity product generated from wind and water.

A spokesman for the London Electricity (LE) group likens the Sainsbury’s deal to the formation of Virgin Energy. He says: “Virgin needed a license to operate in the market and so it teamed up with London Electricity (LE). And for us the whole concept behind Virgin Energy was to sell the values of the Virgin brand to consumers just like Sainsbury’s is intending to do.”

Sir Richard Branson diversified into utilities last summer with the launch of Virgin Energy, but later sold two-thirds of his 75 per cent stake in Virgin Energy to fellow shareholder LE (MW July 12).

LE now sees Virgin Energy as its “main” national brand. It also owns the regional brand SWEB, which according to industry insiders will soon be merged into the LE brand.

An industry insider adds: “In the past, telecoms companies like BT, which have much closer affinities with the utilities market, have also looked into moving into gas and electricity. The market is very competitive and only very few can survive and fight the might of the big players. Even Scottish Power learned the hard way, when it had to pull out of selling telecoms and financial services earlier this year after it realised it was not making any money.”

With existing energy companies finding the scramble for new customers tough, it remains to be seen whether Sainsbury’s can make an impact on the market. The energy sector could yet see another rash of newcomers with retailers ready to fight for their share of gas and electricity consumers. Increased competition, says one analyst, can only mean one thing – a price war.