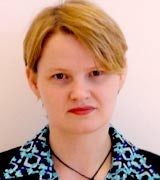 The Greater London Authority has appointed Jayne Davies as its first head of marketing.

Davies was previously head of marketing for the transport team at the Energy Saving Trust, where she oversaw the launch of TransportAction, which promotes the use of cleaner vehicles.

She will be responsible for all GLA marketing, including managing campaign publications and events and developing the GLA brand.

Davies says: “I want to build a marketing department at the GLA that has the drive and ambition to produce ground-breaking work. Not only to raise awareness of the contribution the GLA makes to people’s lives, but to help them to engage with the GLA.”

Earlier this month the GLA, which has an ad budget of about £500,000, appointed BMP DDB, Euro RSCG Wnek Gosper and Soul to its agency roster.

London Mayor Ken Livingstone is understood to be planning a number of high-profile campaigns to communicate the GLA’s policies on transport, policing, culture and the environment.