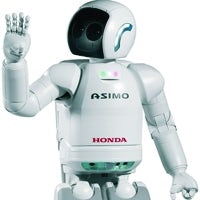 Honda is credited with running one of the best-known branding campaigns of the past decade. Under the strapline “The Power of Dreams”, the car maker’s marketing has been characterised by themes of technological progress and the aspirations of those who use its cars, motorcycles and other products. But it’s not just a slogan. This theme runs right through the company, demonstrated by the development of a robot called Asimo (pictured) built as “a study in motion”.

UK marketing director Martin Moll, who is coming up to a year in the post, says this is a formula that continues to work for Honda. However, he emphasises that the company is devising new ideas about how to communicate with today’s consumers – and they do not always focus on the person who is ready to buy.

“It is not about the product sale here and now,” he says. “It is done in a way that customers believe they are a part of something, as opposed to being sold something.” He summarises this approach as: “Don’t advertise at me, engage with me.”

This is a guiding principle of Honda’s strategy for its latest Jazz model, a campaign for which launched last week. The television ad, which Moll describes as similar in style to a Pixar animated film, prompts viewers to download a free iPhone app, which uses audio recognition software to make the characters in the ad “jump” from the TV to the handset.

Rather than driving sales of the Jazz, Honda wants to get people talking and thinking about the brand, creating positive sentiments that can be tapped into at any time. It is a philosophy that will not only drive Honda’s advertising strategy, but is part of a wider engagement focus for the brand.

Moll says: “Marketing [spend is] to increase year on year with a view to helping people understand that not everything you do in marketing is about selling products today. 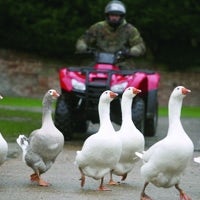 “Not every customer is in the market to buy right now. You could be selling to some customers in two or three years time, but the messaging and the communication needs to start now.”

The payback for the current marketing investment is not expected to come for another 24 or 36 months. Moll says the strategy will focus on the experiences of customers and potential customers, from their first visit to its website through to purchase, servicing and beyond.

These touchpoints will reach across all of Honda’s business areas, but will be tailored to individual circumstances because Moll says: “The retail experience of a farmer buying an all-terrain vehicle and a city dweller buying a Jazz is massively different.”

Creating a long-term engagement strategy should help the car maker when things go wrong with a product. Honda believes that it can reaffirm the bond with the customer if repairs are carried out fast, faults are fixed first time and the customer’s expectations are exceeded.

Of course, the first priority is to prevent this from arising by making a reliable product. This is at the expense of competing on price, Moll admits. “For us, it is the obsession with making the highly engineered product, the cost base for which is actually quite expensive. Honda products are generally more expensive because of that. Therefore, our main focus globally is customer satisfaction.”

On this measure, Honda appears to have been achieving at least some of its aims. In last year’s annual UK vehicle ownership satisfaction study by JD Power, Honda ranks second to Lexus among car marques overall, while the Honda Jazz tops the ’supermini’ category – a position it has held since the class was introduced to the survey in 2004. Meanwhile, Honda’s Accord, CR-V and Civic models are first, third and fourth in their respective classes.

Having met these benchmarks, Moll says his department has earned a degree of latitude from the UK board in terms of budgets. With marketing objectives commercially aligned, he claims to be better able to address the question that he believes to be at the heart of guiding a successful strategy. 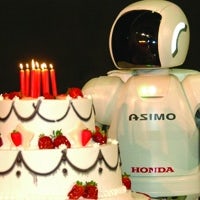 “How do we make sure it is consumer-focused, not budget-led? I am comfortable with a level of expenditure, even if it breaks the boundaries of the budget, if I believe the activity will generate the consumer interest, the desire and therefore demand for the product. That is self-fulfilling because that will generate the revenues to offset the cost of the investment.”

His final point is perhaps the most important from the perspective of the corporate dynamic within Honda. While the manufacturer wants to get emotional responses from consumers rather than an immediate sales boost, it is with the expectation of an eventual – and demonstrable – return in terms of incremental revenues. “Marketing is about understanding the commerciality of the whole business,” says Moll.

Moll has been immersed in Honda’s business methods for the past 15 years and was therefore well placed to take on the role of marketing director that was created in June 2010, when Honda’s UK team was reshuffled and several marketers moved to the European office.

This is unlikely to have a huge effect on Honda’s marketing in the UK, according to Moll. Although the company’s marketing is developed on a pan-European basis, Honda would never opt for “something that is generic as the best compromise across all markets”. That would be “a catastrophe” for the UK, which provides double the sales volumes of the next biggest market in Europe, he explains.

Moll adds: “When we are creating the brand message, we work in harmony [with Honda Europe] because it is important they relate to the needs of UK customers.”

According to the Society of Motor Manufacturers and Traders, Honda sold 63,652 new cars in the UK in 2010, giving it a 3.13% share of the UK market. Moll says the target is to reach 70,000 cars a year, which compares well to countries such as Hungary where Honda expects to sell 1,500.

In pursuing this sales goal, Moll must maintain a balance between brand and strategic marketing within the UK. While the former has to be consistent throughout Europe, and also respect Honda’s heritage in the manufacture of virtually anything with an engine, he is also wary of telling consumers about all these products in one go in Honda’s car advertising.

Nonetheless, it would be fair to say that Honda’s car business has assumed some of the associations that come from its pursuits in other fields. Formula 1 and the Honda jet are just two examples of where the company has previously drawn inspiration, and is something Moll expects Honda to continue.

“When Honda established itself in the Fifties it was considered maverick. It is not so now, but it is fiercely independent. It is about making choices for what it believes is right for itself, and encouraging everyone to do the same.” 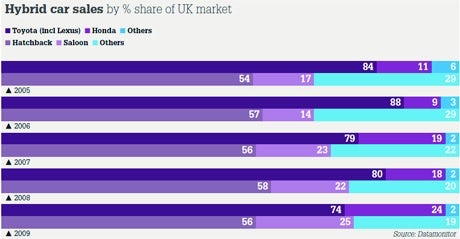 Honda pushed its green credentials hard before the recession. But while the economy has forced its way to the front of consumers’ minds since 2007, Honda’s UK marketing director Martin Moll says “the environment has not been put on the shelf”.

Among its recent product launches is the Jazz Hybrid, which adds combined petrol and electric fuel technology to the existing small hatchback model. Moll says more is to come. “It is critical to the business. You will see the hybrid messaging getting stronger across a wider range of platforms, of cars.”

He admits, however, that hybrid cars have often lacked in style what they boast in environmental benefits. “Most models have historically been designed to reduce drag as air flows over the bodywork, thus reducing fuel consumption. Beauty of form is somewhat secondary.”

But Honda has begun putting hybrid technology into its existing designs in an effort to produce cars that are visually appealing. “Our consumer research revealed if you can take that technology and put it into something that looks like a normal car, sales will increase. It is not about it being hybrid,” says Moll.

With Toyota’s Prius model having become almost synonymous with hybrid power, Honda’s share of this market in the UK is a distant second, though it is growing (see chart). Moll points out, however, that this technology is only a stage in the evolution of the car towards hydrogen fuel cell technology, which only emits water – and that is cleaner than that we drink from the tap.

Honda already has a fuel cell car, the FCX Clarity, which is on sale in California and Germany. The UK lacks the infrastructure at petrol stations to roll the cars out here, but it remains the target for Honda. 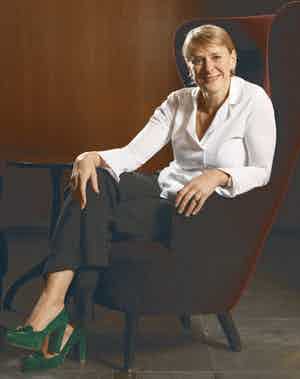 Click here to see marketers questions to BBC Worldwide global head of marketing Helen Kellie Click here for a Q&A BBC Worldwide is on a roll. This year will see it chase serious growth in international markets as it embarks on a dual mission of doubling its presence in the US and making two-thirds of […] 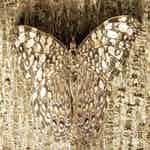 Social media sites may offer serious reach but research shows that ads on these sites are being largely ignored. Choosing sites with content relevant to your product is the best way to get clickthrough. It seems that marketers can’t get enough of social media. Brands have been falling over each other to set up a […] 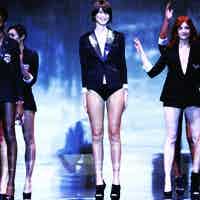