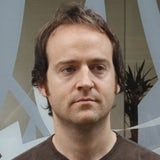 The Engine Group, the agency holding company which includes WCRS and specialists like Slice and Dave, has bought search engine marketing firm Eyefall.

Engine has taken a majority stake in the business to strengthen its digital offering – before now Meme was the only digital specialist in the group. Eyefall is due to join the other agencies in Engine’s Soho office before the end of the month. The size of the deal was not revealed.

It is one of the first moves by a major agency group to buy a search marketing firm, but others are expected to follow. “Unless you’re in search it’s difficult to see how you can service clients,” says Julian Hough, business development director of Engine.

He indicates that the deal could be followed by other deals in the sector. “Certainly we’ll be keeping an eye open for opportunities in the digital space,” he says.

Eyefall was set up by Dave King and Scott Muir in 2004 and its client list includes Universal Music, Red Letter Days and Endemol. It provides search engine optimisation and pay-per-click marketing services.

King claims revenues are doubling each quarter and that the growth should continue as it links in with campaigns being run by its new sister agencies.

The two groups have previously worked together, with Eyefall collaborating with a number of Engine subsidiaries on campaigns for BMW and 118 118.

Search marketing is one of the fastest growing online sectors and is expected to be worth over &£1bn in the UK this year. It is dominated by specialist agencies but, despite persistent rumours of takeovers, few deals have been concluded.

The deal is the first significant move by Engine since it lost chief executive Stephen Woodford to DDB London earlier this month. Other agencies in the group include ASBiss, personal and Woo.