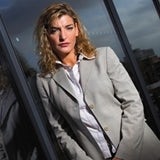 The major search engines stand accused of failing to keep their top entrepreneurial talent after a recent exodus. If they are sacrificing these innovators in a process of consolidation, it could be a gamble they come to regret, should start-ups begin to crowd the market. By Dominic Dudley

One of Google’s UK employees was at a job interview recently and when asked why he wanted to leave, replied that Google doesn’t know anything about search. It is a curious thing to say about a company synonymous with online search services, but the implication is clear: the employee felt that the UK was little more than a low-powered sales office for the Californian headquarters – where the real decision makers are.

That frustration with the lack of autonomy in the UK is one of the main factors behind the management exodus across all the search engines over the past two months. The major players have been hit by a wave of defections which call into question their ability to hang on to their top talent.

“A lot of people are leaving,” says Gillian Kent, who recently resigned as managing director of MSN UK. “It has become a lot more corporate. Increasingly the strategy and policy gets decided at the centre and you become involved in the execution. I’m not a process person.”

Kate Burns set the ball rolling in June, when she revealed she was leaving her job as head of Google in the UK, Ireland and Benelux (MW June 15). She has been followed through the exit door by Yahoo! Europe’s regional vice-president of media sales Mark Chippendale and Ask.com’s European marketing vice-president Rachel Johnson.

Shift in the market

The latest to go is Martin Child, Yahoo Search Marketing’s vice-president of sales and marketing across Europe, who has resigned after four-and-a-half years at the company.

Between them, they have been responsible for much of the success of these companies over the past five years. Burns was Google’s first hire outside the US when she joined in 2001, while Child was also among the earliest Yahoo! employees outside the US.

Their departures point to a significant shift in the market, according to Nick Hynes, chief executive of The Search Works – the UK’s largest search marketing agency. “The people from the early days probably feel they don’t fit in anymore,” he says. “It’s the end of phase two of the internet, which was recovery. In phase three, we’ll see a lot more consolidation and a lot more start-ups.”

The past month has shown that the process is well under way. For now, most of those leaving are going without having new jobs to go to – presumably preferring to spend time with the proceeds of their share options to fielding calls from their bosses in the west coast of the US in the small hours. But many of them are also looking for opportunities with new, more innovative companies.

“I wanted to do something smaller and entrepreneurial,” says one recent senior defector.

“I enjoy working in a business with a little more autonomy. Some people grow into the structures and others identify other opportunities.”

Burns adds: “We joined at exciting times. If you’re entrepreneurial, it’s difficult to keep the momentum up. We’ve all done more than five years. In the traditional world that might not be a long time, but in the internet world it really is.”

Search marketing barely existed five years ago, but was worth &£768m in the UK last year and is certain to exceed &£1bn this year. That kind of growth means companies are becoming increasingly bureaucratic, according to industry insiders.

While all the main companies are still enjoying strong growth, they are also having to fight hard for market share. Google has more than 70% of the UK search market, according to the latest statistics from research firm Hitwise, while MSN, Yahoo! and Ask.com are all stuck in single figures.

Danny Sullivan, editor of SearchEngineWatch.com, equates their positions to television networks that fight for market share among themselves, with only small changes possible. Given that situation, the need for talent to break through with new innovations becomes ever more important.

“There has been a lot of headhunter activity lately,” says Richard Ayres, portal director of Tiscali UK, an internet service provider. “They all charge after the same ball, like kids playing football. There are few people who have been doing it for long enough at a high enough level.”

Knowing there is a skills shortage can encourage people to take a career break, comforted by the fact that they will be able to return if it does not work out. Many of them have also recently been able to cash in their sizeable share options for the first time.

“It’s an unusual level of comfort they have right now – it’s not difficult to get a job,” says Steve Leach, managing director of search marketing agency Bigmouthmedia. But he suggests that the companies themselves might not always be unhappy to see them go.

“Do they want serious entrepreneurial people in these jobs? Maybe they want implementers rather than thinkers,” he says.

It is certainly true that people running mature companies need different skills to those in charge of small firms operating in new markets. But the online giants straddle the divide between these two worlds. More so than in most industries, newcomers can grow quickly to overtake even the most established internet brands. Google, for example, has emerged from nowhere to be Microsoft’s biggest challenger, in the space of ten years.

The relentless launch of new products and services by the likes of Google is a clear sign that they cannot be sure where their future growth will come from.

Kent, for example, talks of the potential for new forms of online advertising which reward users for the attention they pay to advertisements, rather than the publishers for carrying the ads. This could be done by the established media firms but, equally, new entrants could take the initiative.

As others recognise the changing market and get frustrated by the more corporate culture within the search engines, more senior resignations could follow. For the senior executives who have already left, it seems unlikely they will be hitting the return key anytime soon. For the companies themselves, if they cannot retain the top talent, they may find that they are simply breeding the next generation of competitors.