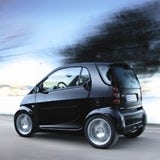 DaimlerChrysler is planning a &£700m revamp for its stalling Smart car after it created yet another profits dent. Plans to enter the US market are also afoot, as are ‘greener’ versions of the ForTwo. But is this just surface polish to hide Daimler’s real intention of selling the marque? By Robert Lester

Mercedes-Benz would have returned to profit in the first quarter of this year had it not been trying to fix its small car business Smart. The iconic but troubled spin-off marque, which has consistently been in the red since its launch in 1998, cost Mercedes â¬1.7bn (&£1.1bn) in charges for job losses and cutbacks last year, and some believe parent company DaimlerChrysler’s patience with the brand may be about to run out.

Smart, originally a joint venture between Mercedes and Swiss watchmaker Swatch, was labelled a “disaster” by former head of Mercedes, Eckhard Cordes. There have long been rumours that DaimlerChrysler wants to offload Smart, but the parent company moved to reaffirm its commitment with a â¬1bn (&£680m) investment in March. However, one source close to Mercedes says: “If DaimlerChrysler could find a buyer tomorrow, it would sell Smart. It’s had enough.”

In what looks like the last throw of the dice for Smart, DaimlerChrysler said in March that it is to axe the four-seat ForFour, as part of the revamp intended to drive the troubled brand into the black. To help achieve that, the marque is being integrated into Mercedes, although the brand name will remain. The role of Smart UK chief, held by Jeremy Simpson, has been scrapped, and head of marketing Sam Bridger now reports to Mercedes Car Group UK marketing director Nick Ratcliffe.

The German car maker insists its latest recovery plan for Smart, which involves focusing on its original ForTwo model, will ensure the marque makes a profit for the first time from next year. Smart narrowed its operating loss in 2005 from a deficit of about â¬600m (&£410m) the previous year, despite global sales of the ForFour dwindling to 43,700 in a fiercely competitive market for family-sized cars. The demise of the ForFour follows Smart’s decision to drop its Roadster model last year and to abandon plans for an off-road vehicle. 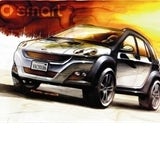 Bridger says: “The Roadster and the ForFour actually did quite well in the UK. This country was the biggest market for the Roadster, but globally neither was viable. The announcement allows us to go back to concentrating on our core brand values. We’re certainly not sitting here full of doom and gloom. We all know exactly where we’re going and we’re excited to be concentrating on our strengths.”

Smart is testing several prototype models using alternative fuels, including an electric-powered Smart, a compressed natural gas version and a hybrid model. Bridger adds that Smart’s proposition of being the “ultimate urban solution” will be even more relevant now that more cities are looking to introduce congestion charging.

While Smart’s global sales have grown steadily since its launch thanks to the introduction of new models, it has consistently missed its targets. According to the Society of Motor Manufacturers and Traders, UK sales are down more than 17% so far this year, following a disappointing 2005 in which Smart sold just 10,137 cars in the UK, a fall of more than 14% on the previous year.

One source thinks the problems started with the introduction of the new model lines. “ForFour was anathema to the brand,” says the source. “The smart thing about Smart was the ForTwo concept. It found a specific niche, but then didn’t really capitalise on it. 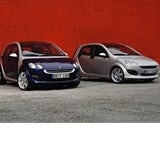 “So much has been invested in Smart that it would take a very brave person to close it. Ultimately that’s probably the right decision for the marque, but there’s definitely still profit to be made out of the original concept. There’s a loyal group of followers who like the ForTwo model.”

The source believes Mercedes could learn from what BMW has done with its small car brand Mini. But Mercedes’ heritage and reputation for quality does not seem to have rubbed off on Smart in the same way BMW’s has with Mini.

An advertising industry source thinks the integration into Mercedes could signal the end of Smart’s relationships with its agencies Farm and Rapier. The marque previously had an annual advertising budget of &£10m but it said last year that it was slashing its promotional budget and scrapping television advertising.

Many think the latest restructuring signals an intent to take Smart into the US, where small, fuel-efficient vehicles are becoming increasingly popular. DaimlerChrysler will make a final judgement by the middle of this year but chief executive Dieter Zetsche said recently that “it is more likely that we will reach a decision in favour of the US rather than against”.

The new ForTwo model, which will be launched in Europe next spring, will comply with US safety and emission standards. If it gets the go-ahead, the car will be introduced in the US during 2008. Smart is not completely without a presence in the US already, however. A company called Zap (zero air pollution), which has no connection to DaimlerChrysler, already imports Smart after working for four years to make the cars compliant with US regulations. 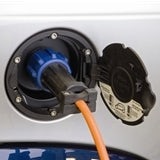 Corporate Edge chairman Chris Wood thinks Smart should make more of its environmental credentials rather than its “hedonistic, fun” brand image. “I don’t think it’s a completely buggered brand,” he says. “We’re seeing a business that hasn’t quite worked yet. It’s not suffering so much because it’s a weak brand but more because of DaimlerChrysler’s overall weakness. One could argue that Smart is exceptionally well placed to take advantage of the trend towards more environmentally friendly cars.”

Wood thinks Smart could have made the ForFour work if it had been given time, but adds: “DaimlerChrysler wanted the marque fixed straightaway. The jury is still out as to whether Smart can get into other sectors, but it’s being told the company needs a verdict now.”

There is no doubt that Smart’s quirky brand proposition has captured the attention of a small band of consumers, but the harsh truth is that it has not sold enough cars. The launch of the new ForTwo looks like being Smart’s last chance to get it right.