The team is planning digital activity to target domestic and international fans to persuade FIFA members that England’s bid has the backing of its fans.

It is also working with official communications partner BT to market the bid.

England 2018 has ten months to convince football executives that England should host the tournament. Other bidders include Australia, Russia and the US.

The bid was criticised by FIFA vice-president Jack Warner last year, who labelled it “lightweight” amid reports of a funding shortfall. The team has since restructured its board and brought in consultancy firm PricewaterhouseCoopers to provide independent advice.

BT says it will use its marketing power and customer base to help the bid.

Viral ads will target ex-pats and global fans of English football, while an email campaign, developed by eCircle, will provide news about the bid and share ways that fans in the UK and abroad can join the campaign.

Andy Anson, chief executive of the bid team, says BT will help it market the bid domestically and internationally. He adds it is in advanced negotiations with other potential sponsors.

Commonwealth Games England (CGE), the organisation responsible for selecting and organising England’s team at the Games, has signed Adidas as its first major sponsor. 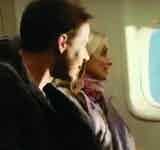 Thomas Cook has increased its holiday bookings by 15%, boosted by its latest advertising campaign starring Jamie and Louise Redknapp.