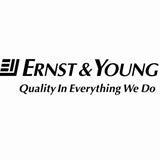 It is not thought the appointment will affect any of the company’s existing marketing services roster. Its agencies of record include Publicis, Spirit and financial services specialist Masius.

About half of Ernst &amp; Young’s business is in the US, although Bowman is based in the UK. He was appointed two years ago as its first global marketing director following stints at rivals Arthur Andersen, which was embroiled in the Enron accounting scandal, and KPMG. Previously he worked at advertising agency Ogilvy &amp; Mather, where he became head of account management.