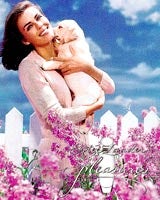 Cosmetics giant Estée Lauder is considering a global shake-up of its estimated $1bn (&£700m) creative and media business following its biggest management reshuffle since the mid-Eighties.

The move will allow Estée Lauder to manage its brands – including Aramis, Clinique, Prescriptives, Origins and Bobbi Brown – on a global basis, instead of having separate US and international operations.

The company uses a mixture of in-house creative work and US ad agencies, including A&R and Kirshenbaum Bond &amp; Partners. UK media, worth an estimated &£8.5m, is handled by CDP.

A spokeswoman for Estée Lauder says: “The restructure is about speaking globally with one voice.”

She adds the company will now operate brands globally with “a single vision and unified marketing strategy”.

The new management structure has created four group presidents. Each group president will report to the company’s president and chief executive, Fred Langhammer. The current president of Clinique Laboratories in the US, William Lauder, will become the brand’s global head; Dan Brestle, the president of Estée Lauder US and Canada, has been made president for “high-growth speciality brands”, which include La Mer, Stila, Aveda and Bobbi Brown; and the president of Estée Lauder International, Patrick Bousquet-Chavanne, will assume responsibility for Mac, Aramis, Donna Karan cosmetics and Tommy Hilfiger toiletries.

An appointment to the new position of group president international will be announced at a later date. The changes will be effective from July 1.