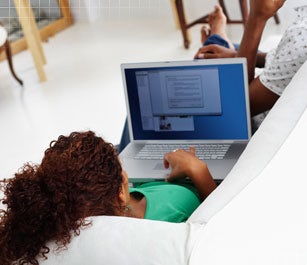 Traffic to etail sites is in decline as consumers feel the effects of the global recession, according to new research.

The Hitwise Online Retail Update found 8.6% of UK internet visits were made to etail sites in March compared to 9.7% the same month a year earlier, exceeded by visits to social networks at 9.8%.

While a decline in traffic to etailers is standard in January and February, according to Hitwise, the market usually picks up again in March.

Robin Goad, Hitwise director of research, said, “The growth of social networking, online video and the continuing popularity of news websites has meant that an increasing proportion of consumers’ online time in the UK has been devoted to online media.

“Historically this has gone hand in hand with the growth of online retail, but over the past three months online retailers seem to be really suffering from the economic downturn for the first time,” he added.

Apple sold 3.79m iPhones in the second quarter helping to boost its profits over the period to a record $1.21bn (£832m). The three months to 28 March saw Apple strengthen its position in the high-end phone sector, selling 123% more phones as in the same quarter last year. The growth was driven by the launch […]

PepsiCo has posted a slight fall of 1% in profit and sales respectively for the first quarter of the year, while beverage volumes grew by 7% in Europe.