In the new campaign, Kidman, who has previously starred in lucrative ads for brands such as Chanel for its No.5 fragrance, is shown enjoying the luxury airline’s new A380 jet and ‘The Residence‘. The latter, a world-first service, with prices up to £24,000 for a London to Abu Dhabi return, provides guests with an on-board three-room private living space, personal butler and a bed.

The ad, which has now been rolled out in a 30 and 60 second format on British screens, features a voiceover from the Hollywood actress running down Etihad’s mandate to ‘Reimagine Flying’.

Speaking to Marketing Week at a press briefing in Abu Dhabi on Saturday, Kidman spoke about her past and current advertising work.

“Not everyone will get to enjoy The Residence but I think that level of innovation represents every section of an Etihad flight,” she said. “I’m glad the campaign shares some of the glitz and glamour [of Chanel] too.

Look, I only align myself with a couple of brands as my time is valuable and I’m very particular; Etihad is a fantastic brand.”

Etihad chief executive James Hogan, meanwhile, said the campaign marks the start of a five-year plan to ‘change the positioning’ of the brand and that it will offer Etihad a premium point of difference over its rivals.

However, he insisted: “We are committed to providing world leading service and innovation whether that’s in economy or The Residence. If you give a customer memorable service they will be more loyal and prepared to pay more.” 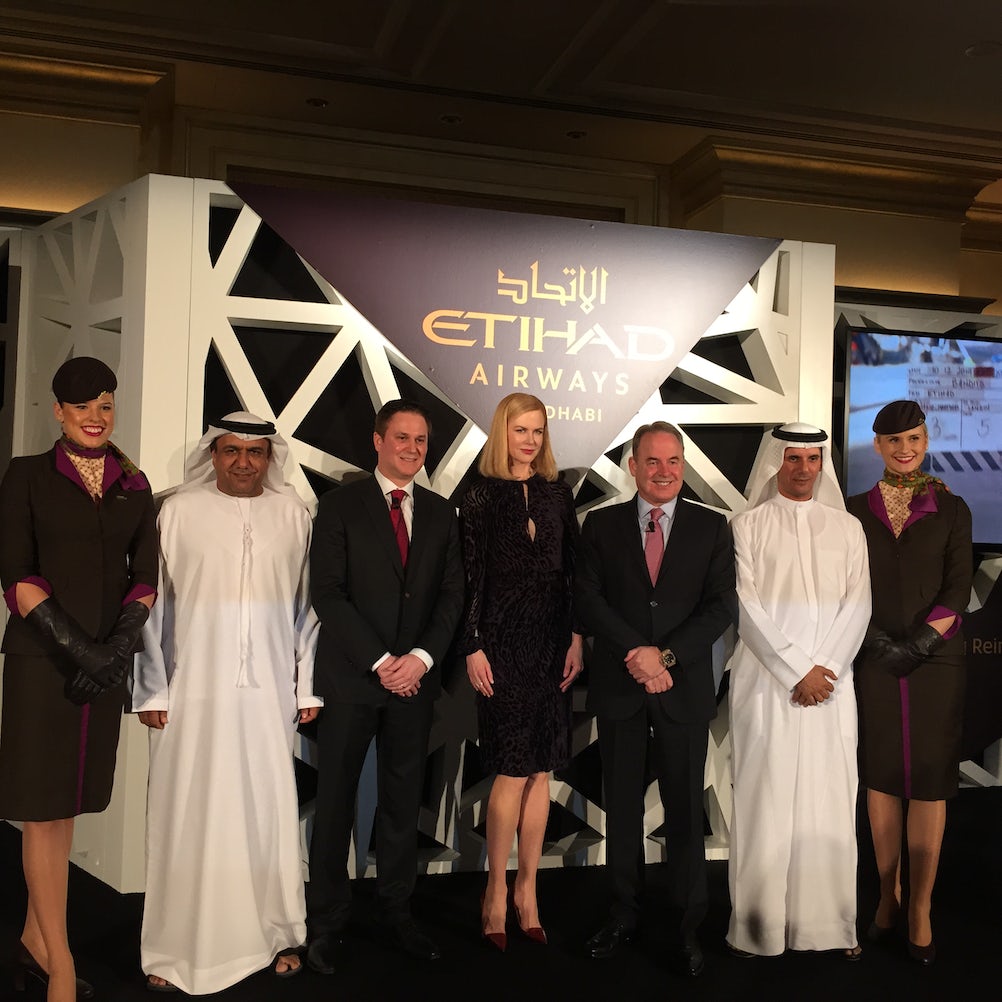 Etihad’s vice president of marketing Andrew Ward says the glitzy advert represents the airline’s biggest campaign spend to date, but insisted it ‘didn’t break the bank’ like Chanel, which saw its Kidman-starring ad become the most expensive advertisement of all time back in 2004. He said ad spend for 2015 will be up 25% year-on-year.

“We are a younger airline so our brand awareness isn’t as high as our competitors,” explained Ward. “By getting a beautiful screen icon such as Nicole we wanted to take a short cut and get to the top table more quickly.

We aren’t obsessed with what Emirates are doing or anyone else, we take inspiration from Vanity Fair and Vogue – we want the Etihad brand to have the same global links with quality and class.”

The campaign marks a notable step up for the Abu Dhabi-based airline, with it heavily utilising its sponsorship of Manchester City FC, as well as its other assests in F1, in the past.

Digital also excites Ward, with it currently representing up to 40% of Etihad’s total ad spend.

“When I joined social and digital represented about 5% of our ad spend, and I think within two to three years it will outstrip traditional spend. Look, things are changing dramatically with TV programming going down the Netflix route, and 90% of our online searches are for videos. Every campaign has to start with a conversation about the digital strategy.”

Last year, Etihad Airways, which is the national airline of the United Arab Emirates, carried a record 14.8 million passengers, up 23 per cent over 2013 levels.

The airline, which only launched in 2003, and its brand, are going through an evolution, according to Ward.

“Since the start of Etihad, we hadn’t really looked at the feel of brand so it is time for us to up our game.

Among this competitive set of airlines – so Qatar, Emirates, Singapore, ourselves – we are without doubt the most innovative but it isn’t our plan to the biggest airline, but to be the best whether that’s through technology or thinking outside the box on a viral campaign. The evolution Nicole has kick started in giving our brand an equisiite global face will help us to realise that aim.” 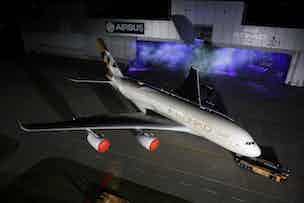 Brands are expected to have a purpose beyond functionality but very few carry the responsibility of being an ambassador to the world for their city of origin. That is the job Etihad Airways, however, performs on behalf of the capital of the United Arab Emirates, Abu Dhabi. 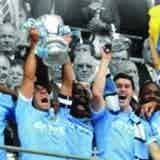 Manchester City’s home ground is to be renamed Etihad Stadium as part of a 10-year expansion of the club’s partnership with Etihad Airways.

Etihad Airlines has taken out full page newspaper advertisements under the banner “Here’s to clear skies” as flights continue to be disrupted across Europe due to volcanic ash.