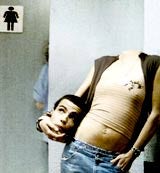 Jeans manufacturers are bracing themselves for a relaxation of textile imports into the European Union, which is likely to encourage a wider choice of cheap imported goods for consumers.

Textile companies say the scrapping of import duties could result in a flood of products from beyond the EU, slashing prices and resulting in tougher competition.

The jeans giant took Tesco to court in an attempt to stop it importing cheaper Levi’s from outside the EU to sell at low prices, but it appears to have lost its battle.

The liberalisation process forms part of the World Trade Organisation’s Agreement on Textiles and Clothing. The ATC requires WTO members to progressively liberalise the textile and clothing trades by bringing the products under the umbrella of the General Agreement on Tariffs and Trade’s (GATT) Uruguay talks of 1994.

In the past, EU textile producers, dominated by Portugal, have tried to staunch the flow of cheap imports by setting up tariff barriers.

According to an EU report last year, duty free textile imports accounted for almost E24bn (&£15bn) in 1999, or 40 per cent, of total textiles and clothing imports.