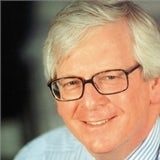 The UK’s advertising self- regulatory system appears to be safe, after a change of heart by an influential European Commission body.

Last week, Robert Madelin, director general of the Health &amp; Consumer Protection Directorate General (DG Sanco), published a report titled Self-Regulation in the EU Advertising Sector. He has effectively rewritten the EC’s definition of self-regulation and co-regulation to include a number of different models in use in the EU – including the UK version.

Incorporated Society of British Advertisers director of public affairs Ian Twinn says: “It’s excellent news. The report shows a real understanding of what self-regulation is about and what it delivers.” Twinn adds that the report could have a positive impact on issues such as advertising to children, marketing of food and drink, and the Audio-Visual Media Services Directorate.

Advertising Association head of European public affairs Kerry Neilson concurs. “It’s very good news for the industry – it shows that regulators, NGOs and business are taking a much more flexible approach,” she said.

Observers believe neither definition is strictly correct when applied to the self-regulatory and co-regulatory systems in use across the EU, which could have led to a situation where the UK system would have had to change to fit in with the old EC definition.